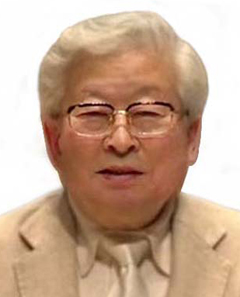 The head of the family that controlled the operator of the sunken ferry Sewol approached the Embassy of France in Seoul to seek political asylum but was rejected because he’s a fugitive criminal suspect.

The Incheon District Prosecutors’ Office said earlier this week that a middleman working for Yoo Byung-eun, the de facto owner of the operator of the Sewol, approached a foreign embassy for asylum, but which embassy was unknown until yesterday.

Yoo is on the country’s most wanted list for his alleged role in mismanaging the company that operated the doomed ferry.

Yoo has so far been one step ahead of the authorities since the sinking in what has become an elaborate game of cat and mouse.

Yoo Som-na, Yoo’s daughter, was living in France before she was arrested there last month. She is awaiting the results of extradition proceedings in France.

Yoo and his family are believed to have connections with prominent French artists, collectors and museum officials thanks to the patriarch’s exhibitions of his own photographs and other artistic endeavors and donations. Yoo’s artistic pseudonym is Ahae.

From June to August 2012, an exhibition of Yoo’s work titled “De ma Fenetre” (Through My Window) was held at a pavilion in the Tuileries Garden of Paris’s Louvre Museum.

Yoo invited prominent artists and museum authorities to the exhibit.

The Louvre engraved Yoo’s pseudonym on one of its walls as a token of appreciation for a donation reported to be 1.6 billion won ($1.56 million).

The tycoon was also the sole patron to fund the remodeling of the Bosquet du Theatre d’Eau (Water Theatre Grove) on the grounds of the Palace of Versailles. He donated more than 1 billion won to the theater. The official website of Versailles recognizes Yoo as a donor.

The question now is whether Yoo’s connections in France will help his daughter’s legal case. They didn’t seem to help his asylum bid. Local media outlets said Yoo’s middleman also made asylum enquiries at the embassies of the Philippines and Canada.

Yoo also bought the entire abandoned village of Courbefy in central France for approximately $663,000 at an auction in 2012. At the time, he said that he wanted to start a cultural project in the abandoned village.

“We are investigating now who approached the French Embassy in Seoul,” said a prosecutor in Incheon.

“Yoo has close ties with many diplomatic figures such as Oh Gap-ryeol, a former ambassador to the Czech Republic.”

Also evading arrest is Yoo’s eldest son Dae-gyun who bought an airplane ticket to France last month but didn’t board the plane. Yoo’s second son, Hyeok-gi, who is believed to live in the United States, also attempted to make his way to France but didn’t get on his booked flight.

Prosecutors yesterday arrested a man who allegedly helped Yoo Dae-gyun evade arrest. Investigators say the man is an adherent of a religious sect led by the elder Yoo.

Authorities believe followers of the Christian sect are hiding Yoo and his son or aiding and abetting them.

From the beginning, the police warned that anyone who helps Yoo evade arrest faces up to three years in prison. They said that even lending a cell phone or offering food to the absconding sect leader could be liable for punishment.

So far, 12 people have been arrested for helping Yoo and his son.

The prosecution last month raised the rewards for information leading to the arrests of Yoo and his eldest son to 500 million won and 100 million won, respectively.