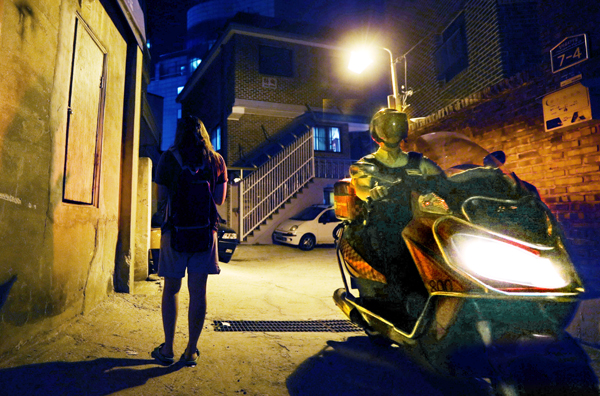 Lately, seniors are terrifying. People seem to find older people just as scary as youngsters. Sewol ferry Captain Lee Jun-seok abandoned his ship and let innocent children die. The suspect of the hospital fire in Jangseong, South Jeolla, and the Seoul subway car fire at Dogok Station on metro line No. 3 are also in their 70s and 80s. Recently, a male sexagenarian allegedly sexually abused four girls at an elementary school in Yeongam, South Jeolla. And an old man in his 70s set fire to the Sungnyemun, resulting in the complete destruction of National Treasure No. 1, an incident that seriously traumatized Korean people.

While crimes committed by the young are generally self-destructive, incidents involving seniors tend to be more heinous and socially shocking.

Although we want to consider these as exceptional cases, they are increasingly becoming a trend. Nowadays, women are growing more anxious and feel threatened when they see elderly men in dark streets.

Crime by seniors is a scourge of an aged society. It’s been more than 10 years that Japan has been struggling with “reckless seniors.” In the United States, older criminals who have grown bored with life and have become morally insensitive are compared to Faust, who sold his soul to the Devil.

Of course, it is only natural that elderly crime is on the rise as the population of seniors is growing. However, the trend of senior-related crimes in Korea is unique. In Japan, three out of five crimes by senior citizens are theft, and the motive is financial hardship. But 2011 statistics show that 32.5 percent of old-age criminals were charged with assault, 20.9 percent with fraud and 10.5 percent with theft. In the past decade, robbery and rape increased four times, arson 2.7 times and murders doubled. Senior crimes are mostly felonies. The number of offenders between teenagers and 30s is decreasing, while the number of offenders in their 60s and 70s is rapidly growing. Moreover, three out of five criminals in their 60s and 70s are first-time offenders.

The problem is that there is little explanation. After the arsons in Jangseong and at Dogok Station, I looked for studies relating to senior crime and couldn’t find much in-depth research. Just like foreign studies, the research addressed elderly issues such as poverty and alienation, and pointed out improved health conditions as the reasons for increasing crimes. But what we really want to know is what makes the Korean situation so unique, why Korean elderly criminals commit heinous crimes and whether the collapse of patriarchal culture and the custom of respect for the elderly is having an effect. Research on elderly crime needs to investigate the causes of this unique trend. We can only address the issue after we understand the cause.