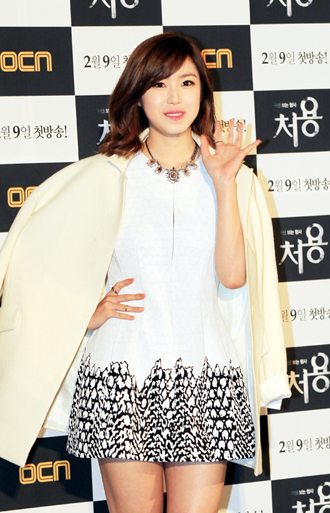 Less than a month after releasing her first solo EP “Top Secret,” singer Jeon Hyo-sung, of girl band Secret, is taking another step to broaden her horizons. On Monday, she began starring in the KBS daily drama “My Dear Cat.”

“I know that a lot of people are not comfortable with seeing so many idol group members acting on television drama,” said the 25-year-old at the press conference held at Yeouido, western Seoul, last week.

“And many people have the stereotype that singers turned actors do not know how to act,” noted Jeon, “so fighting against the stereotype will be my mission.”

As the KBS daily drama has had high ratings, many analysts expect Jeon will gain a lot of recognition. The drama airs at 8:25 p.m. on weekdays.