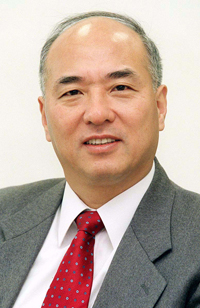 The nomination to replace Prime Minister Chung Hong-won comes two weeks after Ahn Dae-hee, the initial candidate, withdrew his nomination after it was disclosed that he earned a fortune practicing law in a matter of months after retiring as a Supreme Court justice.

Born in 1948 in Cheongju, North Chungcheong, Moon joined the JoongAng Ilbo after graduating from Seoul National University with a degree in political science. He became a professor of media at Korea University after retiring from the paper in late 2012.

Lee, who has spent over three decades as a diplomat after graduating from Seoul National University, served as presidential protocol secretary in the Roh Tae-woo administration in the early 1990s. He worked at the National Security Planning Agency, predecessor of the
NIS, the state spy agency, between 1996 and 1998. 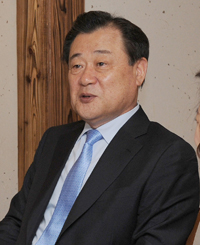 Prime Minister Chung tendered his resignation in the wake of the Sewol ferry tragedy on April 16 to take responsibility for the shoddy handling of the rescue but his term is being prolonged due to the later-than-expected designation of a successor.

A handful of politicians, government officials, academics and a former Supreme Court justice were mentioned as candidates for the post, which the president has promised to give greater power and responsibility.

But the Blue House appeared to be most concerned about whether the nominee’s career and personal life were flawless enough to get through a confirmation hearing.