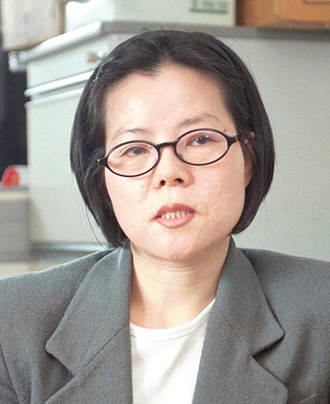 After it was announced on Wednesday that Representative Chun Soon-ok of the New Politics Alliance for Democracy will join President Park Geun-hye next week on her six-day trip to Central Asia, expectation has arisen that it could pave the way for more robust communication between the Blue House and the main opposition.

NPAD floor leader Park Young-sun was recently applauded for reaching out in a bipartisan manner and gaining consent from party lawmakers to have one of its members accompany the president, who has long been criticized by her opponents for unilaterally carrying out government policies without attempting to consult with the opposition.

NPAD’s decision to have Representative Chun accompany Park on her trip to Uzbekistan, Kazakhstan and Turkmenistan from June 16 to 21 carries significance as it will be the first time an opposition lawmaker joins the president on such a visit overseas.

“I understand that President Park is under tremendous work pressure. And I also understand her conservative philosophy on national affairs,” Representative Park said Wednesday during a leadership meeting at the National Assembly. “NPAD decided to send Representative Chun in the hope that President Park will look at the other side of the argument raised by the opposition [before she makes decisions in governance].”

Park Young-sun’s decision to send Chun, a first-term lawmaker, has quashed some worries from the ruling Saenuri Party that she would seek an aggressive confrontation with the Blue House and the ruling Saenuri as a senior member of the main opposition, especially given her hawkish stance during her years in the Assembly.

Chun’s trip with the president is expected to be symbolic, particularly considering their family histories. In November 1970, Chun’s older brother, Chun Tae-il, died from setting himself on fire after pouring petrol over his body.

His self-immolation was in protest of the inhumane working conditions experienced by garment industry workers at the time, and the act was intended to take aim at the Park Chung Hee government’s negligence in following through with labor laws.

Chun Tae-il, a textile industry worker in Seoul, set himself ablaze after the letters he sent to Park asking him pay heed to intolerable working conditions in the garment sector went unanswered. President Park Geun-hye is the former strongman’s daughter.

Chun Tae-il has been a symbol of the labor rights movement ever since, along with his younger sister Chun Soon-ok, who followed his path within the labor movement.

“We are not machines!” Tae-il shouted as a he lit himself on fire.

A cheap labor force under the strong guidance of the military regime in the 1960s and 1970s was the backbone of South Korea’s rise as a major economic powerhouse from the ruins of the 1950-1953 Korean War.

Park attempted to visit the Chun Tae-il Foundation during her presidential campaign in 2012 but was blocked from an entry by labor rights activists for what they called her conservative stance on labor rights issues. Representative Chun also expressed disapproval of Park’s visit at the time.

“I received many phone calls urging me not to join the president [on the trip to Central Asia because her stance on labor rights issues has not changed],” said Chun, 61. “But I decided to join the trip because now I am a public figure representing the people. If there is an opportunity to let President Park know about the suffering of the people who must endure hardship, I must act on it.”