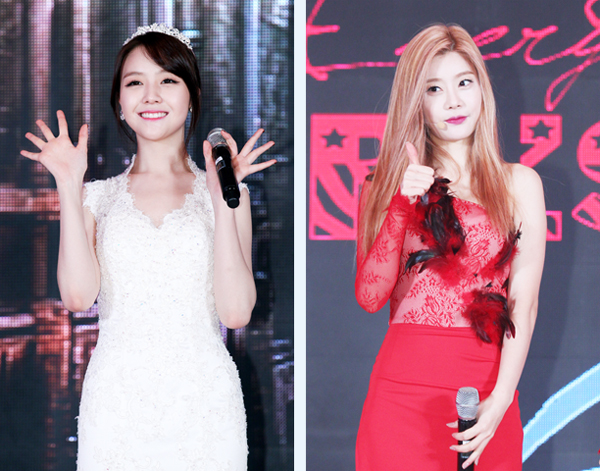 “Min-ah and So-jin will join the second part of the show where the panel openly discusses various issues about love and relationships,” said a member of the production team.

“Witch Hunt,” which is emceed by popular celebrities like Shin Dong-yup and Sung Si-kyung, has been popular among Korean viewers since it launched last year in August for its genuine approach to risque topics related to love that were previously considered too taboo to be treated by public media.

However, with the audience becoming more open to the topics, even members from popular girl groups have been invited to join the show as guests.

The 19-and-over talk show featuring Min-ah and So-jin will air on July 4.