Former journalist champions, checks on those in power

Former journalist champions, checks on those in power 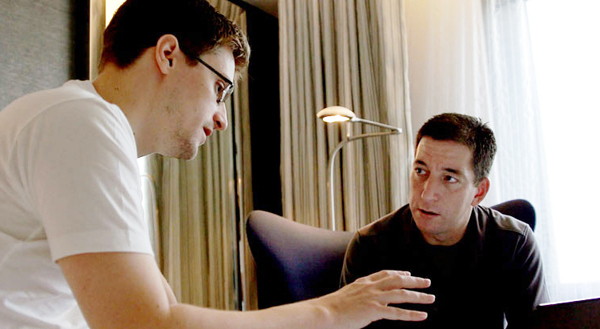 On June 9 last year, the British daily newspaper The Guardian published a story that introduced Edward Snowden to the world. The article, written by Glenn Greenwald, laid out truths about a man who was about to make history by leaking some of the most confidential documents from the U.S. National Security Agency.

After the article went viral, Snowden, a former systems administrator for the Central Intelligence Agency, was thrust into the international spotlight. But as the computer professional’s whereabouts grew ambiguous after endless attempts to seek asylum, Greenwald rose to speak on his behalf on numerous radio and television programs.

The JoongAng Ilbo conducted an email interview with Greenwald, 47, last Wednesday to hear more about his interactions with Snowden and how he is handling the effects.

Q. How is reporting on Snowden coming along these days?

A. Snowden has provided us with a mammoth archive, so there are still a lot of stories left to be reported. I’m working harder now on these documents than ever before. I’ve been extremely busy between the book that just came out, “No Place to Hide: Edward Snowden, the NSA and the U.S. Surveillance State,” and the reporting that is left to be done.

Why did Snowden choose you to write on his behalf?

Snowden had been a reader of mine for a long time, and I had been writing about surveillance and the NSA for many years prior to his contacting me. I think he wanted somebody who had familiarity with the issues of surveillance. The much more important reason why he chose me was my view on journalism and the proper role of a journalist vis-a-vis those in power. I think Snowden was very worried that his life would unravel after he came forward with these disclosures. ... And he wanted somebody who he knew wouldn’t be intimidated by the government, but rather publish aggressively even in the face of its threats.

He was actually very supportive of the book. One of the principle objectives he had in coming forward was to start a debate about surveillance and the value of privacy, and about the dangers of vesting government power in secret. When he learned that I was writing a book that would engage a lot more people on these issues, he was thrilled.

How does your former work experience as a lawyer help you report about Snowden? (Greenwald earned a Juris Doctor at New York University School of Law.)

One of the most important things you do when you’re a lawyer is to take very complex, technical information and think about how to process it and present it in a way to, for example, a jury that doesn’t have that level of expertise as you do. What’s also vital is to present that information in a really informative manner - not in a patronizing way - so that people can understand that material. And I think as a journalist, especially on a story like this that involves so much technical information, that same challenge is very much there.

Another important skill in being a lawyer is to know what kinds of questions to ask people, to test their veracity, to get a sense of what their motivations are and to deal with a source we know very little about. Dealing with Snowden meant that I needed to do a lot to examine his motivations and test his credibility.

Last October, you left The Guardian. In your personal opinion, what’s the threshold of mainstream media?

One of the primary problems about mainstream media is that it has become accustomed to relying on those in power for critical information, for their stories, for all sorts of benefits and favors. And that has presented a real problem because it means that the very people that they’re supposed to be covering are the ones that they have an incentive to please and defer to.

Another problem is that because mainstream media institutions are financially struggling so much, they’re very afraid to end up in litigation against large corporations or in legal processes with the government - entities that have huge amounts of resources and that have created somewhat of a climate of fear that have made them risk-averse when it comes to reporting on those entities.

One of the things we’re trying to do at our new media organization, the Intercept, is to avoid those pitfalls by being more fearless, and assuring our readers that we have enough funding to make sure we don’t have to worry that someone who we’re going to cover might come after us.

You’re now the editor of the Intercept along with Laura Poitras and Jeremy Scahill. What plans do you have in mind for the future? (The Intercept, launched in February by a news organization called First Look Media, focuses on documents released by Snowden.)

We launched the Intercept with the knowledge that we were doing so before we were really ready to be the news organization that we intend to build ourselves into, writing many stories about daily content. The launch came with the intention of having a place where we could continue reporting about the NSA, so there are certainly a lot more NSA stories coming to us.

Of the information that has yet been revealed, is there anything about Korea?

I have a policy of not discussing the documents that have yet been reported because often times you talk about documents before they’ve gone through the reporting process and say things about them that turned out to be unreliable or inaccurate; it’s just not a responsible way to do the reporting. But suffice it to say, the archive contains important revelations about every important country in the world, which includes South Korea, and I think there will be a lot more reporting in the future that is of interest to Koreans.

Your series on Snowden won the 2014 Pulitzer Prize for Public Service. What’s the most prominent qualification of a journalist?

I think the most important thing about journalism is the role it plays in providing meaningful checks on those in power. And people can wield power in all kinds of contexts, whether it’s a local police force or a federal government or a large corporation. But whatever the power structure is, the journalist covering that story should be fearless and realize that the goal of journalism is to provide investigative scrutiny on those who have power - in terms of the statements they make and the actions in which they engage.