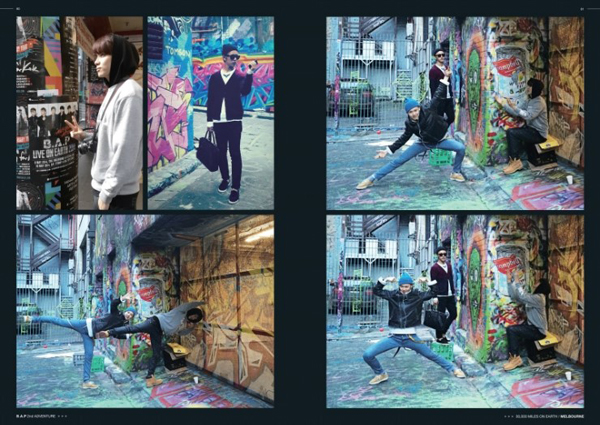 Boy band B.A.P. kicked off their presale of a concert DVD containing some behind-the-scenes footage of the band’s concerts around the world, according to its agency TS Entertainment yesterday.

Titled “‘B.A.P. 2nd Adventure: 30,000 miles on Earth,” the 150-minute DVD features the six members performing on stage in America, Europe, Oceania and Asia since they debuted in 2012.

The video also contains some 100 photos that have never been revealed to the public before, including some of which were taken my B.A.P. member Young-jae.

B.A.P. has just recently decided to add another concert day to their Japan tour on Saturday in Chiba.