Give your children independence

Give your children independence 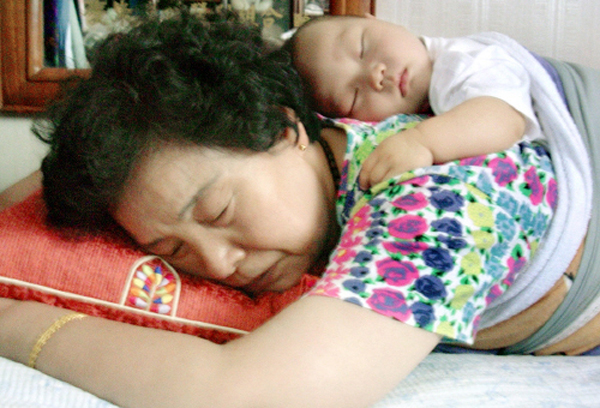 In the dry season, packs of hyenas in the Serengeti hide their young cubs in termite mounts or squirrel holes while the adults set out on a long hunt in search for a herd of wildebeest. The hyenas run 120 kilometers (74.6 miles) and hunt the animals to fill their stomachs. On the way home, the mothers are filled with milk.

The round trip takes five full days. After feeding the cubs, the hyenas rest for a day before another hunting trip. This is repeated for several months, and as soon as the wet season comes, the wildebeest return to the predators’ habitat, and the hyenas won’t need to travel again. The animals have the wisdom to secure their base and cubs at the same time.

But even the devotion of the hyenas is not as exhausting as that of parents in Korea. It is extremely hard being a parent in Korea unless one has great wealth. Public education has collapsed, and parents are overly burdened from paying for expensive private lessons.

Furthermore, youth unemployment is serious, and parents often have to look for jobs for their children as well. They also help to find suitable spouses and get loans to pay for the wedding and gifts. Parents often provide money to buy a home for the newlyweds and help raise the children of the working couple.

If they still have some assets left, the children will have their eyes on it. You may want to transfer your assets to the children and expect them to support you, but this is a luxury only the luckiest can enjoy. The children you put all your love and resources into now have their own kids to raise. Financially struggling families often have a hard time supporting aging parents, who sometimes end up on the street. The JoongAng Ilbo has investigated the generation of elderly citizens who give their assets to their offspring and end up in poverty.

Seven years ago, I wrote a column titled “Parents, be selfish” for the May 1, 2007, issue of the newspaper. Rather than living for their children or depending on them, parents should set an example. Instead of putting an “all in” bet on their kids, elderly citizens should pool their financial resources to use for the remainder of their life.

My conclusion hasn’t changed a bit. Hyena mothers can make sacrifices because eventually the sacrifices stop. They only have to endure until the cubs grow old enough to hunt. Those of us who are not tycoons must draw the line. We have to tell our parents what I wrote seven years ago, “Dear sons and daughters. I have done my part. Now you can live your life on your own.”