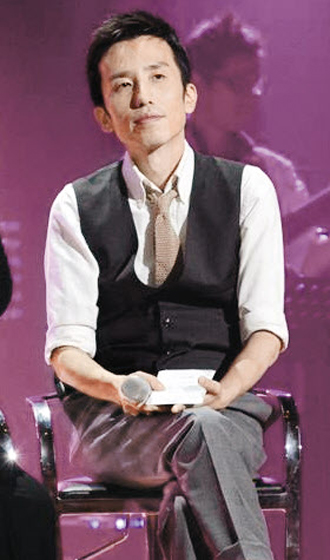 KBS late-night music show “Yoo Hee-yeol’s Sketchbook” celebrates its fifth year this week. The program has featured high-profile musicians, mostly focusing on underground indie musicians. Yoo, a veteran singer-songwriter that has established his brand in the Korean contemporary music scene from the early 1990s, said that he feels “a sense of responsibility of securing an orthodox music show.”

His comment reflects Korean pop music scene’s dilemma in the 21st century. While the so-called “K-pop” genre has built a strong fan base both in Korea and overseas, ballad, rock or sometimes hip-hop musicians are still underrepresented on television music shows. Low exposure on television accordingly the album sales as well.

“During the early 1990s, local musicians celebrated diversity in the music scene. But as you may well know, today’s Korean music world is quite different. Music programs no longer try to delve deeper to analyzing the music.”

“In the past, I was also quite hesitant to appear on TV shows. But after hosting ‘Sketchbook,’ I tried some other talk shows, and I guess I’ve become more confident on the small screens,” said Yoo Hee-yeol, who also hosted last season’s SBS audition program “K-pop Star,” along with Korean pop’s renowned music producers Yang Hyun-suk of YG Entertainment and Park Jin-young of JYP Entertainment.

“As the one and only live music show left on a terrestrial network, I hope my show can still stick to the mission of promoting the music,” concluded Yoo.