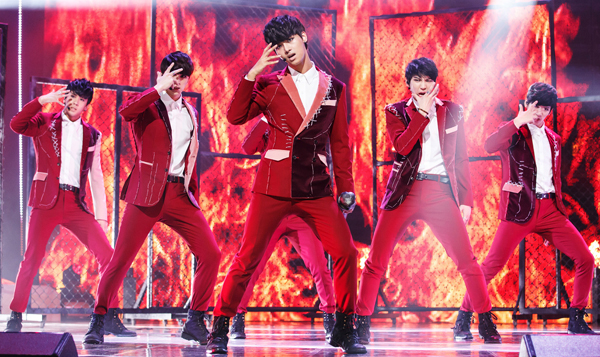 Though the group may be unfamiliar to some, six-member boy band VIXX is becoming one of the hottest players in the K-pop scene. The group unveiled an official poster yesterday to tease its first solo concert, “VIXX Live Fantasia: Hex Sign.”

The band, comprised of Hyuk, Hong-bin, Ravi, Ken, Leo and N, debuted two years ago and began to get recognition last year with the single “Voodoo Doll,” in which they promoted themselves as a “zombie idol” group. The members’ goth make-up appealed to teenage K-pop fans in Korea, and at the beginning of the month, VIXX topped the music chart on SBS’s weekly music show “Popular Song” with their latest single “Eternity.”