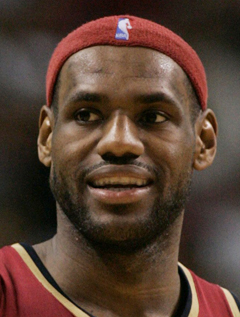 LeBron James told the Miami Heat that he will exercise an early termination option in his contract and become an unrestricted free agent in a move the team said was “fully expected.”

Opting out of the final two years of his contract does not necessarily mean the four-time league Most Valuable Player will leave the star-studded Heat team he led to NBA championships in 2012 and 2013.

“We fully expected LeBron to opt-out and exercise his free agent rights, so this does not come as a surprise,” said Heat President Pat Riley, who added he was informed of James’s decision earlier on Tuesday. “We look forward to sitting down with LeBron and his representatives and talking about our future together.”

James, who was due to earn $20 million next season, had until June 30 to decide whether to head back to free agency. By joining the free agent pool that opens for business Tuesday, James created a level of intrigue over his future plans.

The decision allows James to explore other options besides negotiating a new deal with the Heat team he led to four successive NBA finals appearances since joining them as a free agent in 2010 after seven seasons with the Cleveland Cavaliers.

James, Dwyane Wade and Chris Bosh, who formed Miami’s “Big Three” when they joined forces as free agents in 2010, are coming off a one-sided defeat to the San Antonio Spurs in the NBA finals earlier this month.

The opt-out decision by James came one day after fellow All-Star Carmelo Anthony opted out of the final year of his deal with the New York Knicks to test free agency.

Anthony was due to earn $23.5 million with the Knicks.

In contrast, San Antonio’s evergreen power forward Tim Duncan, 38, decided late on Monday to continue for an 18th campaign with the Spurs by exercising his $10.3 million option for next season.