‘The state has betrayed us’

‘The state has betrayed us’ 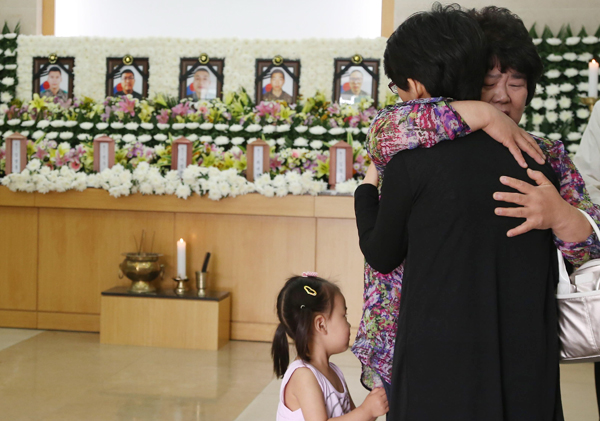 An army sergeant identified as Lim who had fatally shot five of his fellow soldiers and fled the 22nd Division in Goseong, Gangwon, was captured alive on June 23 after he shot himself in the chest in a failed suicide attempt. Military authorities will investigate his motive after he is treated for his injuries. An overall military probe is set to be conducted as well. Once a motive is revealed and Lim is prosecuted, will this tragedy end?

Let’s go back nine years. On June 19, 2005, a similar incident occurred at a GP (Guard Post) in the demilitarized zone (DMZ) in Yeoncheon, Gyeonggi Province. An Army private first class identified as Kim threw grenades and fired at random, killing eight people. Those who survived were diagnosed with post traumatic stress disorder (PTSD) and granted early discharges after an investigation. How are they doing now?

In 2011, Dr. Kim Min-kyung, who was working at the clinical psychology center of the Chung-Ang University Medical School, published a paper entitled “Research on the Survivors of the Yeoncheon GP Rampage” in a Korean psychology journal. She surveyed and conducted individual interviews with 19 survivors from June to August 2009.

“Nightmares are repeated in June. I cannot watch a movie with gunshots and cannot stand the smell of blood,” a survivor in the report recounted. “I sleep with the lights on and am afraid of closed spaces,” another said.

Four years after the incident, the survivors were still trapped in a tortuous tunnel. Twelve of the 19 men still suffered from serious PTSD symptoms. On top of the trauma from the rampage, they were also stressed from the investigation and the inquiries that continued day and night for a month following the incident.

I recently spoke with Dr. Kim on the phone.

What do you think is most regrettable?

“The survivors suffered a second trauma when they were interrogated as if they were perpetrators. They felt betrayed and angry at the military and the nation, and they did not receive proper psychological therapy on time.”

Why did they feel betrayed?

“They were involved in the incident while they were fulfilling their military duty, but they were not protected or properly treated. Until the parents formed a committee and requested mental treatment, the authorities did not provide services.”

Today, investigations on fellow soldiers in the division who were involved in the incident have started. Whether their wounds are big or small, visible or not, they are also victims. Investigation is important, but it should be accompanied by therapy. If the investigation is conducted without care for the psychological state of the soldiers, and if they feel betrayed as a result, the incident will be another Sewol ferry disaster, which saw the loss of nearly 300 lives.

The military authorities are responsible for managing and resolving discord and feuds among the soldiers who are isolated in barracks and separated from society. They must not betray the parents who had trust in the nation and sent their sons to the military.