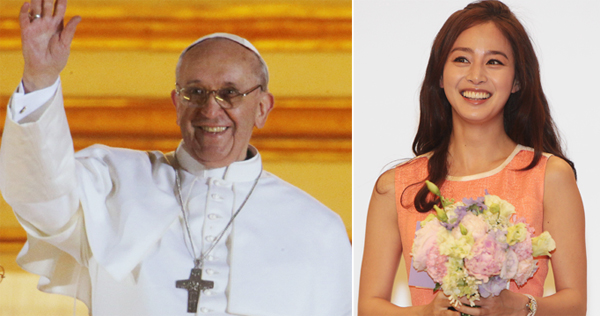 In order to mark Pope Francis’s visit to Korea in August, leading figures in Korea’s entertainment scene gathered to film a music video, according to local media reports yesterday.

It was reported that well-known Catholic entertainers like Ahn Sung-ki, Kim Hee-ae, Kim Tae-hee and ballerina Kim Joo-won came together in appreciation of the first papal visit to the country in 25 years. In October 1989, Pope John Paul II attended the 44th International Eucharistic Congress with the late Cardinal Sue-Hwan Stephen Kim.

Korea is the first Asian destination for Pope Francis since his inauguration in March last year.