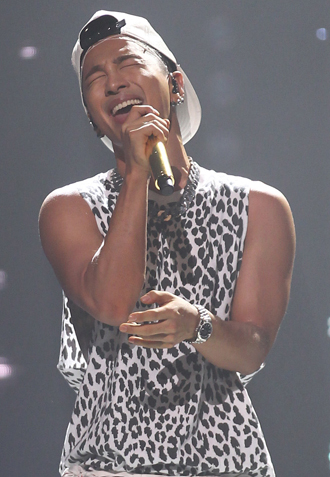 Tae-yang will head to Busan to celebrate the success of his latest studio album “Rise,” which is still No. 1 in local music charts.

The star will hold a “Surprise Mini Concert” and will perform hit tracks from his album, including the lead-off R&B single “Eyes, Nose, Lips” and “1 a.m.,” according to the event organizer.

After seeing fans’ cover videos of the song on YouTube, Tae-yang’s agency, YG Entertainment, responded to its rising popularity by asking other artists to cover the tune. Akdong Musician released an acoustic version of the track last week and Tablo of Epik High reinterpreted the song on Wednesday by putting his own rap lyrics on it.

Having debuted in the boy band Big Bang in 2006, Tae-yang launched his solo career in 2008 with the EP “Hot.” He is now deemed one of the most powerful local R&B singers.