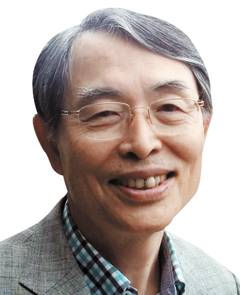 Song Sang-hyun, the first Korean president of the International Criminal Court (ICC) in The Hague, relayed the nation’s experiences with sexual violence earlier this month at the Global Summit to End Sexual Violence in Conflict.

The gathering, hosted in London from June 11 to June 13, was attended by more than 900 scholars, religious institutions, aid organizations and representatives from more than 100 countries who hope to boost support for survivors and increase efforts to prosecute war criminals worldwide.

Leaders at the summit discussed steps that could be taken to eradicate sexual violence in conflict zones, as well as the threats women and children face during wartime.

Song expanded on Japan’s forceful mobilization of Korean women and girls to military brothels during World War II, where they were forced to serve as sexual slaves for imperial Japanese soldiers.

Denials by the Shinzo Abe administration of Japan’s wartime aggressions have strained relations between the two countries, and the issue remains an unsolved problem that lies in the same vein as sexual violence that occurs in modern-day conflict areas, he said.

Song was first appointed to the ICC in 2009 and re-elected as president in 2012.

The ICC, an international tribunal, works to help end impunity and prosecute international war criminals and those who perpetrate crimes against humanity.

After the meeting in London, Song met with a reporter from the JoongAng Ilbo to discuss the summit and his experiences with the court.

“Everybody knows that Japan’s mobilization of young Korean women as sex slaves was a cruelty,” he said. “It’s a pity - if the Korean government or NGOs had actively campaigned more for universal human rights, the world would have paid more attention to the sexual enslavement of Korean women [during World War II].

“Korea is surely an economic success, but it is not a country that international society can look up to,” he added. “It is too passive in supporting human rights.”

Song also expressed regret for not cooperating with the Netherlands in handling the forced mobilization of Korean women into Japanese military brothels during the war.

“The Netherlands is the only Western country in which the Japanese army rallied ‘comfort women’ like they did in Korea,” he said.

“If Korea had brought action together with the Netherlands in questioning Japan about this issue, it would have had a bigger ripple effect internationally, especially since Holland is a more influential country on the global stage.”

Song explained that as an international chief justice, most of his work was focused on diplomatic efforts and organization.

“I once visited a conflict zone in Africa to meet a local member of our organization,” he said. “In Africa, working for the ICC means you have the most prestigious job.

“They can barely afford to eat meat because conditions there are so poor, even though [these members] have one of the highest paid jobs in the country. But they prepared boiled lamb for my visit. I arrived at the dinner a little late, but by then the lamb was gone because they couldn’t bear the hunger.”

He concluded by emphasizing that more support was needed for those living in wartime conditions, again reiterating that Korea should ultimately take a more active role in promoting universal human rights and international values.