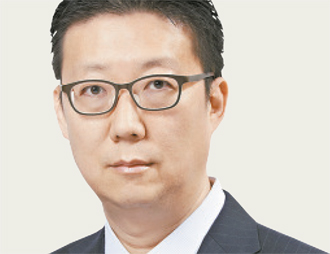 Economic activity in the first quarter underperformed because of weaker demand, both regionally and globally. The region’s export powerhouses - including China, Japan, Korea and Taiwan - reported weaker demand from the United States due to harsh winter weather and slowing Chinese demand. Notably, China’s GDP growth slipped to 7.4 percent annually, the lowest in 18 months as exports and domestic-driven investment eased on the back of a tight macro policy. Consumer sentiment fell in Japan on growing concerns on the impact of the consumption tax hike. Growth in the Asean-5 economies has also moderated but has remained strong particularly in Indonesia, the Philippines and Singapore.

Meanwhile, Australia’s economy showed signs of picking up, as earlier rate cuts worked their way through interest-sensitive sectors. In India, the current account deficit has fallen, the currency has stabilized, and the stock market has recovered, largely on the back of RBI policy adjustments. Greater certainty over U.S. monetary policy has calmed financial markets and restored investors’ risk appetite, lifting currencies in Asia in the first quarter. Consumer price inflation has also been manageable, allowing central banks to keep monetary settings accommodative.

Office market conditions showed mixed performance in the region. Improving business confidence in Australia has yet to impact the office market and vacancies continued to rise steadily through the first quarter. Available space in five cities tracked by Cushman & Wakefield has increased by nearly 37 percent on an annual basis because of falling demand and new supply, in addition to a rise in sublease space. Incentives have breached 30 percent in Sydney while the national average remained high at 15 to 20 percent. Incidentally, this has been the most suitable time for developers to withdraw space from the market for refurbishments. Elsewhere in Asia, leasing activity has started on a positive note and the overall Grade A vacancy was recorded at 11.1 percent, slightly down on an annual basis. Relocation and expansions fueled by a continuing positive economic momentum in Japan have pushed up occupancies and rentals particularly for trophy properties in Tokyo that are newer and earthquake resistant. Occupancy costs in Tokyo have started to increase gradually for the first time since the global financial crisis. Meanwhile, Grade A rents in Singapore’s core Central Business District have shot up by nearly 10 percent as occupancies soared to 96 percent. In India, high availability was no deterrent to speculative development in the National Capital Region. The market saw nearly 5 million square feet (464,515 square meters) of new supply in the past six months and an additional 4.5 million square feet are expected in the second quarter. Construction in emerging markets in Southeast Asia, China and India remained robust, accounting for nearly 240 million square feet of office space under development at the end of March.

GDP growth for 2014 will be below forecast, but we expect growth to gain traction in the second half. Elections this year will shape the medium-term outlook, offering a chance for economic reform in India and Indonesia. Recovery in the United States and euro zone provides an upside risk, with the potential to lift export activity in the region. On the reform front, Japan and Australia agreed on a trade deal after seven years of negotiations. While the gains from this bilateral trade agreement are expected to be modest, the move to ease trade restrictions is a tangible step for Japan toward a free market-based economy and could pave the way for wider trade talks.

Given this backdrop, office market conditions in Asia are expected to improve gradually and support absorption gains across markets through the rest of 2014. India stands to bounce back in the second half as a new government boosts market sentiments. We expect leasing activity to remain healthy across all five markets in China; however, a significant pickup in demand is unlikely in the short term. Occupancy costs are set to rise steadily in Tokyo and Manila due to strong take-up levels and tight vacancies. However, in Jakarta, further increases in gross rentals are expected in the second half of 2014 in tandem with rising electricity tariffs. Limited availability of Grade A space in the core CBD markets should enhance landlord leverage and sustain rent increases in Singapore this year. In the meantime, Australia and supply-heavy markets such as New Delhi NCR, Kuala Lumpur and Vietnam will continue to remain favorable to occupiers.