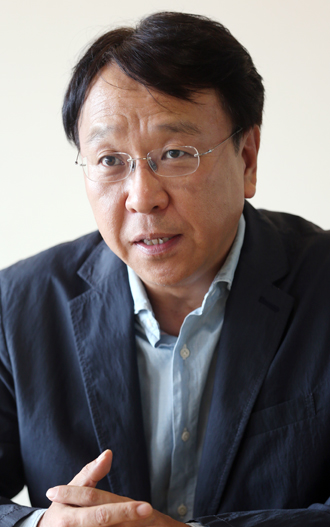 For decades, South Koreans have maintained a two-track perspective on North Korea: Liberals have insisted that the two nations must reach a reconciliation and cooperate, while conservatives assert that only pressure will change the Communist regime.

But now a new view, perhaps even a paradigm shift, is emerging: North Korea as our future.

It doesn’t mean that North Korea itself - which has seen three successive leaders from the same family - is the future, according to Jo Dong-ho, 54, a professor on North Korea at Ewha Womans University, but it does mean that more people are aware that the reclusive state is a fundamental problem that must be dealt with before other issues.

Similarly, more politicians from both sides believe that South Korea, which has stayed on the threshold of becoming an advanced nation for nearly 20 years, must lead Northeast Asia to its peak, with North Korea included, to finally join the ranks of other developed countries.

To achieve this, Korea must now focus on future-oriented issues, he said, rather than traditional topics that were mostly confined to how to change the North.

The professor has played a significant role in spearheading this movement, and in April was inaugurated as the head of the Korea Export-Import Bank’s newly established Research Institute for North Korea Development.

Overall, he has an extraordinary record.

Jo, who has studied North Korea for more than 20 years, was a key figure in Park Geun-hye’s presidential campaign in 2012, though he left the camp shortly before she won the race.

He was originally expected to hold a critical position in the new administration, but walked away at the last minute.

“When Park was almost elected, I didn’t want to see fights over seats in the next government,” he explained. “I have contributed enough to policy development.”

Some would say he is too naive, but he doesn’t appear to care about that. No matter what is said, he is still one of the most active researchers on North Korea.

And for that reason, his life is busier than most people’s.

He holds a number of major titles: dean of the North Korea department at Ewha Womans University; director of the National Research Council for Economics, Humanities and Social Affairs in the prime minister’s office; chairman of the North Korea Economy Forum; and head of the new research institute. And he is also a consultant for more than 20 institutions and groups on North Korea.

But despite those busy days, he will relentlessly insist that North Korea is the future.

Jo stays positive about the changes in the regime and often ponders critical questions, like whether the North will stay the same in 100 years, 50 years or even the next decade.

“Whether North Korea collapses or changes, it will eventually be included in global society and it will be our chance to leap forward,” Jo said.

“The focus on policies toward the North was ‘embracement’ in the Kim Dae-jung and Roh Moo-hyun administrations and ‘pressure’ during the Lee Myung-bak government, but it should be ‘captivation’ from now on.”

On Wednesday, the Korea Export-Import Bank and the Free University of Berlin jointly held an international conference to celebrate the launch of the research institute.

The event, held at the Westin Chosun Hotel in Jung District, central Seoul, touched upon development and cooperation between Northeast Asia and North Korea for the purpose of unification.