To Silicon Valley, a different path

To Silicon Valley, a different path 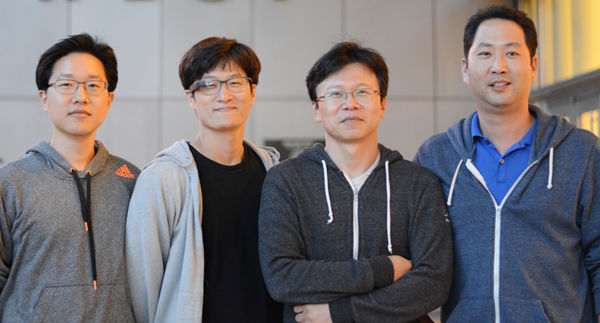 Lee Jun-young comes from a humble background. He grew up in a rural area and studied at a little-known college in Busan, the nation’s second-largest city.

Such a pedigree remains an indelible handicap in succeeding at a Korean conglomerate, not to mention landing a job in one of those groups.

But Lee has appeared to beat the odds, at least by Korean standards. The 43-year-old has been working for Google for 11 years as an engineering manager and senior staff member in Mountain View, California, where the U.S. tech giant is headquartered.

It’s an unthinkable career path for a person from Korea with a background like mine, Lee said recently.

He half-jokingly calls himself a “sigoler,” a play on sigol, which in Korean denotes a backwater place. But by all accounts, he’s also a Googler.

Lee was born in Gimhae, now considered part of the Busan metropolitan area. At the time, however, it was a small county located in South Gyeongsang. He finished his primary and secondary education in nearby Masan, South Gyeongsang, and attended college in Busan.

Despite the fact that Busan is one of the country’s major cities, graduates there, like those who attend schools outside of Seoul, often have a difficult time landing a job at a Korean conglomerate, which are mostly based in the Seoul metropolitan area.

Perhaps it’s no wonder that Lee said he felt most attracted to Google for its reputation of recognizing passion and ability - not just predetermined job specifications - as an indicator of success.

“During the job interview at Google, no one asks where you went to school,” he recently told the JoongAng Ilbo.

Interviews at Google are conducted by engineers to test precise ability, not by human resources managers who would focus more on your background, he added.

“Don’t be obsessed with your qualifications. Instead, develop your own strengths - then you could get a job at Google even if you didn’t graduate from a reputable college,” Lee said.

He added that Google was an equal opportunity employer that doesn’t discriminate based on race, gender, nationality or career record, among other things. And while he didn’t know how many Koreans currently work at the tech giant, he said there is no culture of segregation there.

Seok In-hyuk, another employee from Korea who works in Lee’s division, added that openness and autonomy is Google’s driving force.

“Every employee is used to openly discussing their ideas and accepting pitches from others,” he said.

Lee added that “respecting diversity and cooperation is the culture of Google as an institution.”

But both Lee and Seok agreed Google’s antidiscrimination policy doesn’t necessarily mean everyone is treated equally. The corporation may be known as a “comfortable” place to work, they said, but there is fierce competition internally. And those who are less able often burn out quickly.

“The autonomy we enjoy at Google is given to us to help our time management and increase productivity. It doesn’t mean you can work any way you like,” Lee said. “Your future is determined by peer reviews so you have to work hard, otherwise you can’t survive here.”

Individual skills and one’s ability to work as part of a team also count at Google. But if there is a less capable person, it can set back an entire project, so that employee must work even harder to catch up, he added.

“Through a lot of reading and conversations, you learn how to spot new trends that will eventually become the next big thing in the tech world,” Lee said. “Only then can you gain recognition here.”