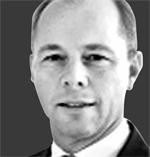 
MUNICH - The future of the world’s climate will be decided in our cities. Urban areas already account for up to 70 percent of global carbon dioxide emissions, and that share is likely to increase in the coming decades, as more people - billions more - move to cities, and as urbanization drives global economic growth. From the standpoint of both climate change and growth, the rise of cities represents a challenge and an opportunity.

The nexus between urban expansion and climate protection is infrastructure. Upgrading urban infrastructure can drive economic growth and reduce carbon emissions at the same time. But how will the world’s cities pay for new and greener infrastructure?

The good news is that mayors - in developed and developing countries alike - are no longer waiting for national governments to strike a global climate agreement. Not only Copenhagen, London and Munich, but also Johannesburg, Rio de Janeiro and Shanghai are drawing up their own environmental programs. Such plans are variously ambitious - ranging from wish lists to enforceable targets - but the trend toward sustainable urban living is clear.

If cities are to reduce their carbon footprint, they will need massive investments in their infrastructure. Three-quarters of rich countries’ carbon dioxide emissions come from just four types of infrastructure: power generation, residential and commercial buildings, transport and waste management.

Any urban sustainability program must therefore include a shift to renewable energy and combined heat and power stations, more public buses and trains, cleaner private vehicles, better insulation of offices, hospitals, apartment blocks and other buildings, and smarter management of waste and water - along with much else.

Infrastructure investments are also necessary to cope with continued urbanization: by 2050, there could be as many people living in urban areas as are alive today. And new infrastructure will be needed to maintain cities’ role as the drivers of economic growth: the world’s 600 major cities already generate more than half of global GDP, and urban areas will contribute disproportionately to future wealth creation.

In all, around $2 trillion a year will be needed for the next 20 years to keep the world’s cities liveable and to reduce their carbon emissions. Where will this money come from?

Only a few cities are rich enough to upgrade their infrastructure on their own. Most cities - especially in developed countries - cannot rely on more transfers from national governments. Public spending on infrastructure has plummeted in Europe and the United States since the 1960s; and, with public budgets under strain, it is unlikely to recover. Faced with a growing infrastructure-investment gap, cities will need more private investment.

Banks have traditionally financed a large share of infrastructure outlays. But, six years after the start of the financial crisis, banks in many countries are still trying to repair their balance sheets, while new capital and liquidity requirements will make it more expensive for banks to finance long-term lending in the future.

Meanwhile, pension funds, insurance companies, and other institutional investors are increasingly investing in infrastructure. Unlike banks, they have long-dated liabilities, for which the long-term, predictable returns from infrastructure investments can be a good match. In an environment of extremely low interest rates and frothy equity markets, infrastructure also looks like an attractive and reasonably safe alternative to stocks and bonds, yielding returns that can ultimately finance the pensions of the West’s aging societies.

So far, however, institutional investors have invested relatively little in infrastructure, partly owing to shortcomings in the overall investment environment. For example, some governments have retroactively changed their policies for renewables, which has made investors more cautious.

Moreover, new capital requirements can make it very expensive for insurers to invest in infrastructure.

Furthermore, many institutional investors do not yet have sufficient expertise to venture into infrastructure. And, because infrastructure is not yet a clearly defined asset class, investors often find it difficult to plan, assess, and manage their holdings in this area.

These obstacles apply to all infrastructure investments. But urban infrastructure is at a particular disadvantage. For starters, many city officials have limited experience dealing with private investors, which can make it difficult to get fruitful partnerships off the ground.

More important, urban infrastructure projects tend to be small, dispersed, and diverse. For most private investors, the effort required to find, evaluate, and manage such projects is far greater than the return that they can expect, which is why institutional investors often prefer large, more easily assessed projects such as wind parks, pipelines or motorways.

Such “Green Cities Platforms” could start by providing consultancy services, matching investors to projects, and serving as forums for knowledge sharing. They would then be well positioned to act as aggregators - packaging, standardizing, and marketing sustainable urban infrastructure projects.

At a later point, they could move on to raise money in the capital market and fund sustainable infrastructure alongside other investors.

If the barriers to private investment in urban infrastructure could be overcome, the world would benefit from lower carbon dioxide emissions, faster economic growth, and sounder retirement savings. This is a dialogue worth having.

*The author is chief economist of Allianz SE.