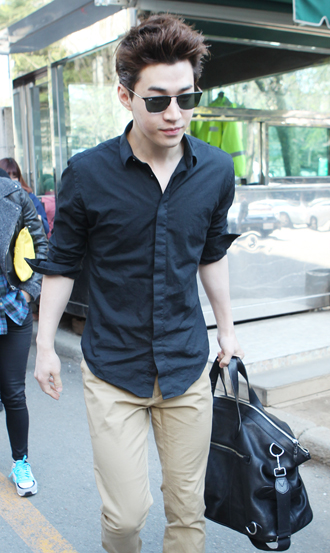 Entertainer and singer Henry, who achieved widespread popularity from MBC’s entertainment program “Real Men,” returns to the stage next week.

He will debut his second mini-album, entitled “Fantastic,” on July 14, officially ending his yearlong hiatus from the music scene. He released his first mini-album “Trap” in June last year.

The newest album will have six songs.

The singer is also a member of the subunit Super Junior M, of the boy band Super Junior. The subunit was formed in 2008 to perform primarily in Chinese-speaking countries.

Henry recently performed with the group in Hong Kong for the 2014 Hong Kong Dome Festival.

On June 30, the same day he left for the festival, he also posted a baby photo of himself on his Instagram account.