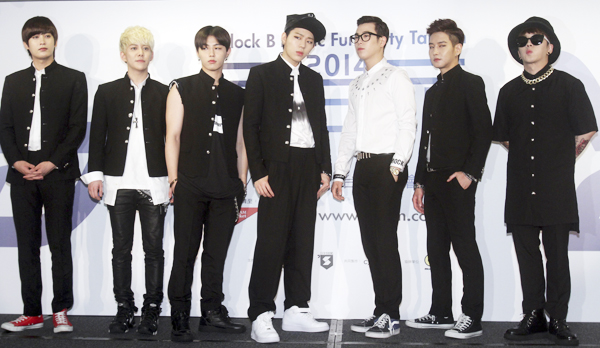 Members of Korean pop group Block B pose for the media on Saturday in Taipei, Taiwan, ahead of their concert yesterday. The group recently performed in Miami, making it the first K-pop group to host a show in the city. The boys also traveled to New York and Washington D.C. to perform. After the group’s concert in New York, its leader, Zico, said that it was touching to see so many enthusiastic fans. About a thousand fans came to watch the show. [AP/NEWSIS]