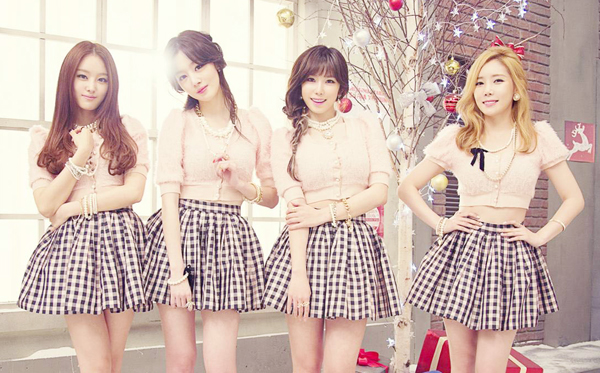 Girl group Secret has announced it will return to the music scene next month. Its agency, TS Entertainment, said yesterday that the four members have been busy preparing themselves.

“We will show Secret’s own charm, which is not only sometimes cute and fresh, but also sexy and glamorous, to make the group stand out,” said the agency.

It will have been almost eight months since all the group members worked together on stage as each member has focused on developing her own gig. Secret’s last song together was “I Do I Do” in December.

Since then, Jeon Hyo-sung released her first solo song “Good-night Kiss” in May after another member, Song Ji-eun, unveiled her first solo album last year and worked on soundtracks of local TV dramas.

Han Sun-hwa focused on developing her acting talents. After she participated in the SBS drama “God’s Gift - 14 Days,” which ended in April, she was again cast for the upcoming cable TV drama “Marriage Not Dating” on tvN. The new drama started last week.