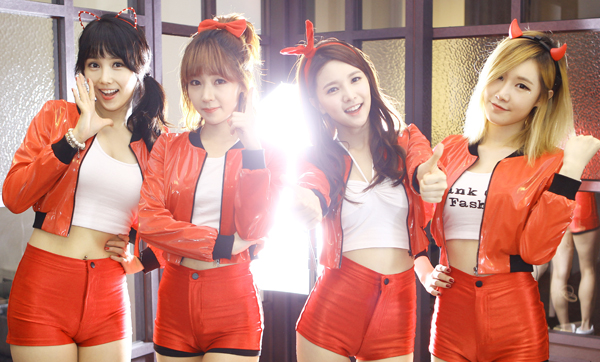 Five-member girl group Fiestar was suspended from appearing on MBC’s live music program, according to an exclusive report yesterday from Ilgan Sports, an affiliate of the Korea JoongAng Daily.

The other main broadcasting stations - SBS and KBS - are reportedly discussing the group’s appearance on their shows as well.

Later in the day, Fiestar reported that they would fix the controversial part of the lyrics, and MBC responded that they are “willing to reconsider the group’s ban from the program” if the ambiguous part is eliminated.

Fiestar debuted in 2012 with the single album “Vista” but failed to gain wide recognition from the public.

The group’s music has gone viral for the first time since Fiestar debuted three years ago, most likely due to the sexy concept the members have undertaken.