Cross-dressing musical ‘Priscilla’ is no drag

Cross-dressing musical ‘Priscilla’ is no drag 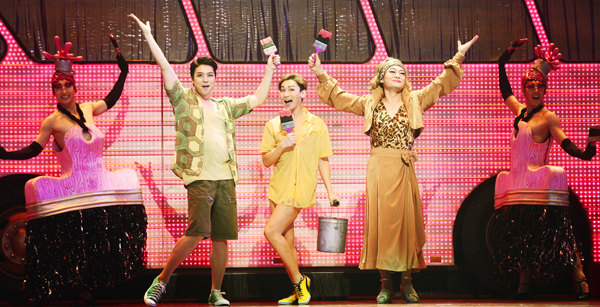 The Korean production of the musical “Priscilla” kicked off its three-month show at the LG Art Center in southern Seoul. [NEWSIS]

The leading roles in the musical “Priscilla” are men, but the show is full of pink glitter, feathers, fur, heavy makeup and high heels.

The male cast dress up as women to prove that they can be “prettier and more glamorous than real women,” according to Seol Do-yoon, the head of the local production company Seol&Company.

“Korea is still quite closed when it comes to sexual minorities,” said Seol.

“There are specific words like gay, homosexual or bisexual, but we still feel more comfortable using ‘sexual minorities,’ which includes a comprehensive meaning.”

“In short,” says Seol, “the musical ‘Priscilla’ is about homosexuals.” 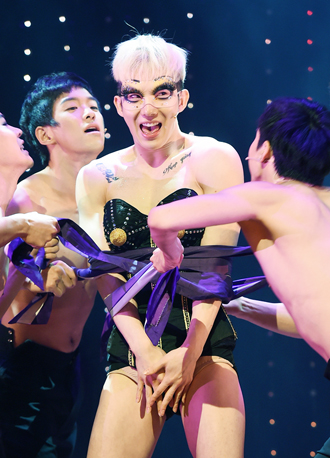 Singer Jo Kwon of boyband 2AM alternates the role of young drag queen Adam with two other actors.

“From the beginning to the end, the musical depicts the shows of drag queens,” Seol continued.

“Although Koreans are not that familiar with drag shows, the music in this musical, which uses famous pop songs from the ’80s will definitely make it a toe-tapping experience.”

The performance includes hit pop songs from the ’80s, such as Madonna’s “Like a Virgin,” “Material Girl,” and “Holiday,” as well as “I Will Survive,” and “It’s Raining Men,” which Koreans will have heard of.

“Priscilla” is a musical based on a book by Stephan Elliott, an Australian film director, and Allan Scott. It tells the story of two drag queens - Tick and Adam - and transgender woman Bernadette, who travel 2,876 kilometers (1,787 miles) from Sydney to Alice Springs, Australia, on their lavender bus, Priscilla.

After premiering in Australia in 2006, the show went to the West End two years later - under its full name “Priscilla Queen of the Desert” - and was also performed on Broadway in 2011.

The Korean production of the show, which will last for about three months, kicked off last week at LG Art Center in southern Seoul.

The story begins when Tick’s wife, who he had a son with, invites him to stage a drag show with his colleagues at a resort in Alice Springs.

There, he meets his son, who doesn’t know about his father’s existence or the fact that he’s gay.

“I saw some people in the audience during the preview shedding tears in the scene where Tick meets his son,” said Seol.

“Although the story revolves around drag shows, it is also touching and has drama and a message.”

For the Korean production, each of the leading roles are played by three actors. 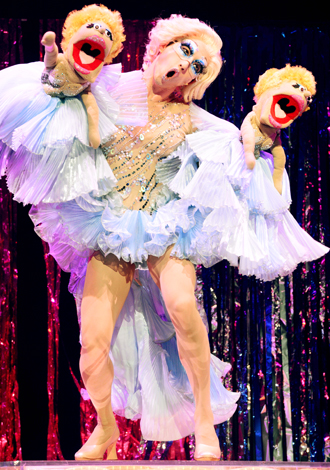 For Tick, Michael Lee, Lee Ji-hoon, and Lee Ju-kwang will alternate the role, while for Bernadette, the actors Jo Seong-ah, Ko Young-bin and Kim Da-hyun have been cast.

As for the bubbly drag queen Adam, Jo Kwon, a member of 2AM, along with Kim Ho-young and Yoo Seung-yeob, all play the role.

After appearing in a gaudy costume in front of cameras during a media call last week, Jo was criticized online for looking “too gay.”

The following day, Jo wrote on his Twitter page that the musical is more than just a show about gay people.

He continued by saying that those who have misunderstandings should “come and see the show with an easy heart” and “stop criticizing.”

“In Korea, it is a matter of fact that words like gay, transgender or drag queen are unfamiliar and are considered humiliating,” said an official from Seol&Company as she explained the synopsis of the musical.

“But this musical, although it tells the story of those sexual minorities, is focused on the problems and emotions that every human being faces in society.”

The musical “Priscilla,” which kicked off at the LG Art Center on July 8, will run through Sept. 28.