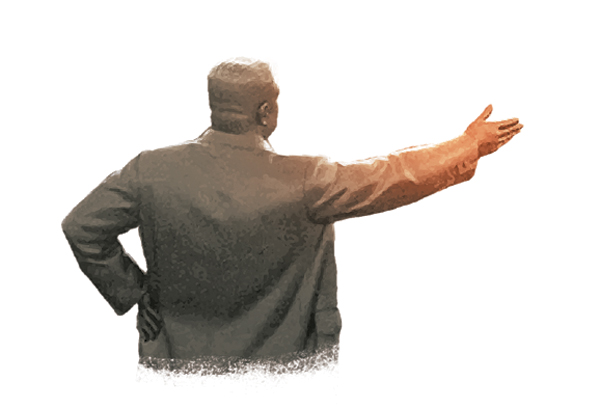 The first ever inter-Korean summit, which was scheduled to take place in Pyongyang for three days starting July 25, 1994, became a chapter of unfulfilled history because of the death of North Korean leader Kim Il Sung on July 8.

In history, inference based on hypotheticals are usually pointless exercises. But thinking about how inter-Korean relations would have changed if Kim lived a bit longer and the summit took place is not just an exercise in armchair history. It explores the reasoning and circumstances behind the agreement to hold the summit 20 years ago and the strategies and positions of the two Koreas. Those are important precedents and lessons that we must think about in our long journey toward eventual reunification.

In the final decade of Kim Il Sung, the late 1980s and early 1990s, the Cold War ended and the world went through a period of radical changes. The Soviet Union collapsed and Germany was reunified. Amidst the turmoil of history, South Korea managed to achieve democratization in 1987 and the country’s four ruling and opposition parties adopted the Kim Young-sam government’s unification plan for one national community.

The plan sought to accept the reality that the two Koreas exist on the Korean Peninsula and they must recover one national community through peaceful cooperation and achieve unification through various steps.

Meanwhile, Korea established diplomatic relationships with Mikhail Gorbachev’s Russia in 1990 and China, which was under Deng Xiaoping, in 1992.

North Korea also joined in the spirit of reconciliation and cooperation and the two Koreas joined the United Nations together in 1991. They also signed the Agreement on Reconciliation, Non-Aggression, and Exchanges and Cooperation between South and North Korea, also known as the Basic Agreement. Furthermore, they adopted the Joint Declaration on the Denuclearization of the Korean Peninsula, indicating that a kind of spring was coming to the peninsula.

And yet, the United States detected the North’s clandestine nuclear program and the Korean Peninsula faced its first nuclear crisis. At the time, U.S. Defense Secretary William Perry took a hardline stance that all options, including military strikes, were on the table to remove the North’s nuclear program, bringing war clouds over the peninsula.

Then-President Kim Young-sam of South Korea dissuaded Washington from using a military response that could have brought another war to the peninsula and stressed the importance of finding a resolution through dialogue. Amid such steep tensions, Kim Il Sung agreed to a visit from former U.S. President Jimmy Carter. Carter arrived in the North’s capital on June 18, and although he was not an official envoy of the U.S. government, Kim realized he was in a position to bridge the gap with the Clinton administration.

The meeting between Kim and Carter was an outcome of two bold decisions by Kim based on his accurate assessment of international affairs. First, the world had entered an era of a sole superpower, the U.S., and a policy of isolation that would worsen the North’s relations with America wouldn’t guarantee his regime’s long-term survival. Second, Kim decided to give up his nuclear program in return for diplomatic relations with the United States and the guarantee of the co-existence of the two systems of two Koreas and a significant amount of economic aid.

Based on the principle of national sovereignty stressed since the July 4 Joint Declaration, a direct negotiation between the two Koreas - especially a summit - was supposed to be the first step to execute the North’s new policy. Furthermore, the leader and the government of the South, which were now democratically elected, had more than enough justification to become the North’s partner for dialogue and cooperation.

Taking into account the domestic circumstances of the two Koreas, the neighbors’ interests and the positions and characters of Kim Young-sam and Kim Il Sung, the summit - if it had taken place - would have created a new milestone in inter-Korean relations.

Inter-Korean relations have now frozen over again, and an inter-Korean summit to thaw the situation appears to be a most appropriate idea.

Circumstances have changed drastically over the past 20 years and the main players have changed in a multitude of ways. The age of U.S. supremacy has ended and China’s rise has opened a new era of multipolarity.

And yet, North Korea’s hardships have not been eased. The North’s double standards only reflect its difficulty in deciding how to move forward. That is why we are using two different strategies when dealing with the North: persuasion and pressure. The moment of decision that his grandfather faced 20 years ago appears to have arrived for the North’s young new leader Kim Jong-un.

Following the proposal by the North’s National Defense Commission on June 30, a North Korean government statement on July 7 stressed the importance and symbolic significance of Kim Il Sung’s decision made the day before his death 20 years ago.

Expectations are high that the young leader has decided to maintain peace on the Korean Peninsula, achieve mutual prosperity, co-exist and cooperate with South Korea in steps towards unification and respect all inter-Korean agreements that brought spring on the peninsula 20 years ago.

*The author is a former prime minister and adviser to the JoongAng Ilbo.