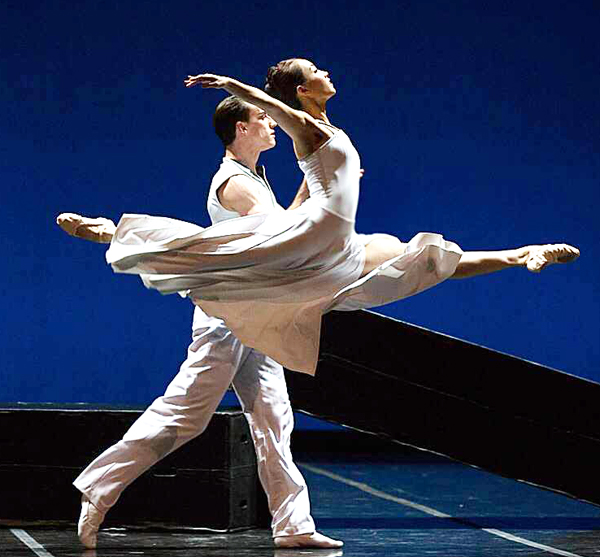 It’s a homecoming for Korean dancers abroad. Every year, the International Performing Arts Project has invited Korean dancers - either soloists or principal dancers at acclaimed ballet companies or dance groups across the globe - so that they can show off the skills they accumulated overseas.

The 11th Korea World Dance Stars Festival has invited six dancers, who will showcase their talents at the Arko Art Center in Daehangno, central Seoul, for two days from tonight.

“The dancers I’ve invited are not those who are hidden behind foreign dancers, but ones who are so talented they are influencing other members of the companies or troupes they belong to,” said Jo Ju-hyun, the artistic director of the festival and a professor at the Korea National University of Arts.

“I am very proud to introduce them to Korean fans.”

So far, the festival has presented more than 70 dancers working overseas in Korea.

Jang Gwang-yeol, head of the IPAP, says that the number of Koreans dancing overseas is increasing.

“It’s important for them to have the chance to come back to their home country and show off their skills,” Jang added.

The involved dancers said they were grateful to be invited to the annual festival and saw it as a great opportunity to show what they learned from abroad. But they also said they feel under pressure when performing in their motherland.

“I appreciate the invitation, as it’s my first time in two years to perform in Korea,” said Han, a soloist of the Boston Ballet.

“But I can’t say that I’m totally excited because I want to show Korean fans the shaped-up performance, but the audience may think differently. I’ll do my best so show them what I’ve learned over the past two years.”

One locally based dancer who has been invited to perform at the festival is Lee Eun-won from the Korean National Ballet. From elsewhere, duo Rhee and Son from the Tulsa Ballet will dance the grand pas de deux “Esmeralda,” while Kwon from Norway will display “Boorbij Gegaan” and “Minos Duet” with Jozef Varga of the Dutch National Ballet. Han, from the Boston Ballet, will show off “Niris” and grand pas de deux “Don Quixote” with Lasha Khozashvili of the same company. Modern ballet dancer Lee from Leesaar the Company will perform “Princess Crocodile” and “Grass and Jackels.” The show starts at 7:30 p.m. on both days. Tickets range from 30,000 won to 100,000 won ($29 to $97). For more information, visit www.ipap.co.kr.