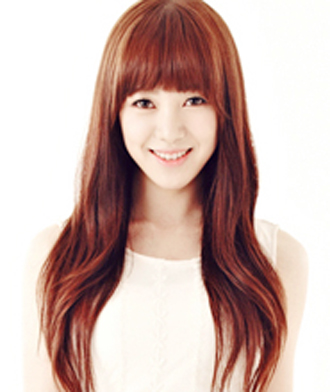 Min-ah from eight-member girl group AOA was cast as a female lead in the new SBS weekend drama “Modern Farmer,” according to her agency FNC Entertainment yesterday.

Min-ah will reportedly play city girl Soo-yeon who returns to farming for convalescence. In the countryside, Soo-yeon goes through various funny moments with members from a boy rock band “Excellent Souls,” who also came to the rural area to get away from the city. Unlike the good-natured personality that Soo-yeon seemingly has throughout the drama, she holds a secret that will give an unexpected turn to her relationship with the boys.

Previously, Min-ah has gained positive reviews for playing the younger version of actress Kim Hee-sun in the popular KBS drama “Wonderful Days.” The 20-year-old singer also recently made a cameo appearance on the tvN drama “Grandpas Over Flowers Investigation Unit.” It is reported that Min-ah got the role in the new drama after keen competition from other candidates.

The first episode will air on Oct. 18.