Not big names, but Lakers and Bulls get their men

Not big names, but Lakers and Bulls get their men 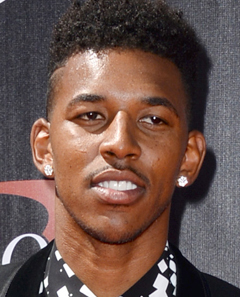 Free-agent guard Nick Young has signed a multiyear deal to stay with the Los Angeles Lakers.

He says he’s glad to keep someone committed to the rebuilding of the team.

Young averaged a career-high 17.9 points in his first season with the Lakers, playing mostly off the bench. He started nine of 64 games.

Young led the NBA in 4-point plays with seven, a team record.

The Lakers also signed free-agent forward Ryan Kelly, who averaged eight points, 3.7 rebounds and 1.6 assists during his rookie season. He started 25 of 59 games.

Kelly spent five games with the Los Angeles D-Fenders of the NBA’s D-League. He was selected 48th overall by the Lakers in last year’s draft out of Duke University.

Meanwhile, the Chicago Bulls have made some big changes this summer as they try to beef up their roster and make a run at the Eastern Conference crown.

While adding players like Pau Gasol and Nikola Mirotic, there was one thing they definitely didn’t want to change: Kirk Hinrich.

After coming to agreement with Hinrich earlier this summer, the Bulls officially announced the signing on Monday. It’s a two-year deal that starts at $2.7 million next season and includes a player option for the second season, according to a person with knowledge of the contract.

The person requested anonymity because the Bulls do not publicly comment on contract details.

“Kirk has always been a big part of creating the professional culture we want day in and day out surrounding our club,’’ said Bulls GM Gar Forman. “He helps our team in so many ways, and Kirk had other opportunities elsewhere, but we are very happy he chose to remain in the uniform of the Chicago Bulls.’’

Hinrich has spent nine of his 11 seasons with the Bulls, a dependable veteran who can play solid defense in Tom Thibodeau’s demanding system and fill in capably when starters go down. For a team that has seen star Derrick Rose miss most of the last two years with knee injuries, that’s an invaluable role.

The Bulls also signed second-round draft pick Cameron Bairstow, who was taken with the 49th overall pick. The 6-foot-9 Australian forward averaged 9.2 points and 4.8 rebounds in just under 20 minutes per game for New Mexico in college.