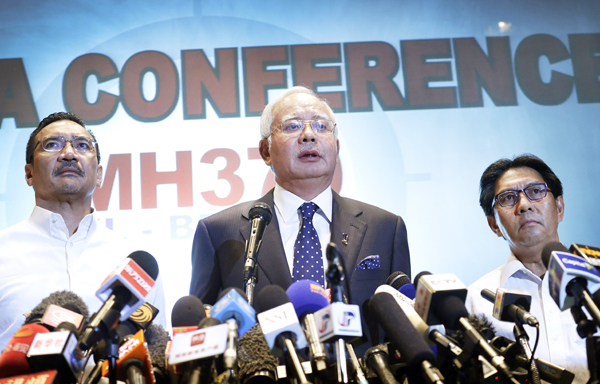 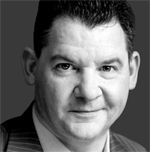 What a difference four months can make. In March, Malaysian leader Najib Razak was widely criticized for mishandling the search for a Malaysia Airlines jet that disappeared with 239 people on board. His government’s unsteady initial response to the Flight 370 tragedy deeply tarnished the Malaysia brand.

Critics are seeing a very different Najib after Malaysian Air lost a second Boeing 777 on July 17: steady, circumspect and statesman-like. As world leaders bickered with President Vladimir Putin over Russia’s alleged role in the shooting down of Flight 17, Najib quietly brokered deals with rebel leaders in Ukraine to gain access to the bodies of 298 people and the plane’s black boxes. The diplomatic coup has gone a long way toward erasing memories of the MH370 fiasco.

It will be much harder for Malaysian Air to recover its own reputation, however. Most observers acknowledge that the airline bears no blame for the loss of MH17. But as a business, it was teetering well before the crash, bleeding about $1.6 million a day. A month earlier, state-run parent Khazanah Nasional reckoned the unprofitable carrier only had enough funds to last another year. Now, many passengers are sure to declare Malaysian Air a personal no-fly zone, whatever the facts. Maybank analyst Mohshin Aziz was quoted widely this week opining on a Malaysian Air “curse.”

Privatization is the main option being considered. The process may indeed enable Chief Executive Officer Ahmad Jauhari Yahya and his team to strengthen the airline’s balance sheet and improve competitiveness. But I worry it won’t address the underlying issues - it will prolong them.

The airline’s problems are the same as those that ail Malaysia Inc. Revenues lag costs because of insular thinking, inefficiency, fat supplier contracts and militant labor unions. Long shielded from global competition, staffed with political cronies and hobbled by inefficient supply chains, its employees generated a paltry $220,000 of revenue on average in the last three years compared with $524,800 at Singapore Airlines and $245,000 at Thai Airways. Those headwinds may intensify now because privatizing a government-linked company essentially means bailing it out. There will be less urgency to challenge the status quo, not more.

Bankruptcy is the better option. It would free management to make the bold moves needed turn things around: scale back the airline’s global ambitions; scrap many routes; face down powerful union officials who’ve managed to scuttle previous overhaul efforts; and perhaps rebrand the airline.

The process worked for Japan Airlines. After JAL filed the largest-ever bankruptcy by a non-financial Japanese company in 2010, the company slashed enough jobs, flights and debt to relist and prepare for seeking a credit rating to sell corporate bonds again. Malaysian Air’s troubles are more daunting in some ways. It faces cutthroat competition from Tony Fernandes’s low-cost Air Asia and has an unparalleled image crisis on its hands. But JAL demonstrates that the bankruptcy of a flag carrier isn’t the end of the world.

The stumbling block, of course, is pride. Malaysia is a still-developing nation eager to tout homegrown symbols like Proton cars and the Petronas Towers that dominate the Kuala Lumpur skyline. If sound business thinking were at play, the national carmaker would’ve been shuttered 10 years ago.

Complacency, though, carries its own risks. It’s true that Malaysia is currently growing at a healthy 6.2 percent pace. The country has done well building physical infrastructure and raising living standards. But Putrajaya shouldn’t let itself be lulled by with these metrics. By not implementing reforms for the future - foremost among them, scrapping the race-based preferences that benefit ethnic Malays only - Malaysia risks standing still while countries like Indonesia and the Philippines race forward.

This dynamic, as I’ve written before, helps explain why Malaysia’s entire economy isn’t flying higher. Jettisoning Malaysian Air now, forcing the kind of painful restructuring the company has avoided for so long, would send a powerful signal throughout the economy. If the airline can root out its deepest problems, it might not just rehabilitate its own image, but Malaysia’s, too.