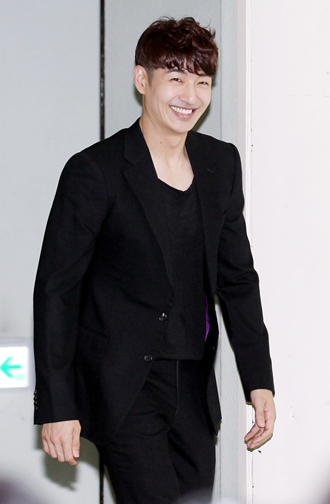 In honor of the 10-year anniversary of Mnet music program “M Countdown,” idols from the 1990s took to the stage yesterday, leading a special two-hour celebration.

Moon Hee-joon, a former member of the popular boy band H.O.T., and Son Ho-young (pictured), of g.o.d., who recently reunited to release a new album, hosted the show.

Singer BoA, who ranked No. 1 on the music charts on the program’s first episode in 2004, also made an appearance. Until yesterday, she had not made an appearance on a local music-ranking show for nearly two years.

The program also reviewed the history of K-pop, which has grown tremendously over the past decade. The production team put together 10 different shows to summarize the growth of “M Countdown,” along with K-pop’s presence worldwide.