A rare case of terra nullius

A rare case of terra nullius 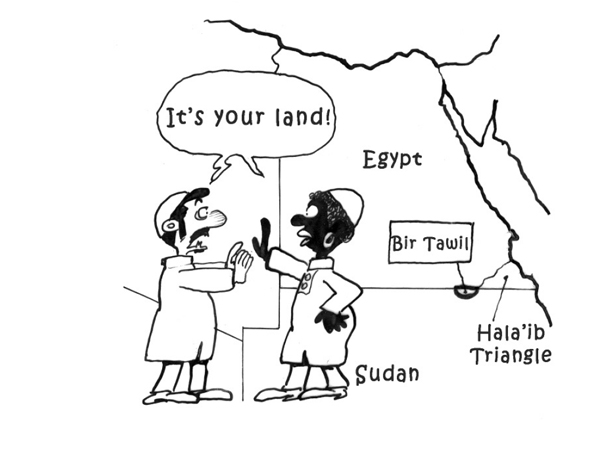 While many lands are disputed among different countries, only two territories on earth lie unclaimed: Marie Byrd Land in Antarctica and Bir Tawil, between Egypt and Sudan.

Marie Byrd Land is undesirable because it is so remote with an extremely cruel climate. But Bir Tawil is a rare case of terra nullius that neither Egypt nor Sudan wants. How can this be?

Because the Hala’ib Triangle is above the 22nd parallel, Egypt claims the triangle based on an 1899 treaty. However, Sudan claims its territorial right based on a 1902 treaty. When two countries are involved in a territorial dispute, international law requires that no country has grounds to both own the land. Since Bir Tawil is only one-tenth in size of the Hala’ib Triangle, which is also strategically located on the Red Sea, both Sudan and Egypt gave up their claim to Bir Tawil, as neither were willing to cede their claim to the triangle.

There is no third country that can claim the area, and Sudan and Egypt argue that Tawil does not belong to them so that they can claim the Hala’ib Triangle. While Bir Tawil is administratively an Egyptian territory, Egypt’s official map does not include it. And an American man proclaimed a kingdom in this unclaimed land. Jeremiah Heaton of Virginia planted a homemade flag in Bir Tawil in June, declared the region as “The Kingdom of North Sudan” and requested official recognition from Egypt, Sudan and the African Union. He would like to grant the wish of his 7-year-old daughter, allowing her to become a real princess. He has not received any responses, as the Islamic countries are participating in Ramadan until the end of the month.

After all, if you look hard enough, there is always a niche.