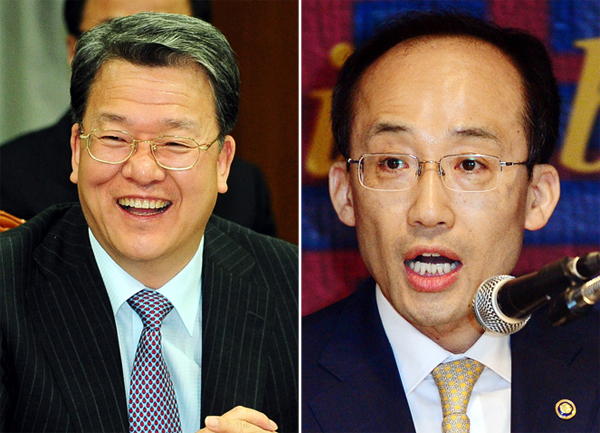 The Blue House yesterday named 13 officials to top posts in the government, including the head of the Office for Government Policy Coordination, Prime Minister’s Secretariat and chiefs of three organizations under the Ministry of Strategy and Finance.

The First Vice Minister of Strategy and Finance Choo Kyung-ho was appointed as head of the office for government policy coordination, of which the level is equivalent to a minister’s. The remaining 12 appointments are vice ministers. Choo, who holds a master’s degree in economics, spent his career as an economic bureaucrat and is known as a major contributor to the Park Geun-hye administration’s signature three-year economic innovation plan.

Lim Hwan-soo, 52, the current head of Seoul Regional Tax Office, was nominated as the new commissioner of National Tax Service.

He will undergo a confirmation hearing with the National Assembly.

The two commissioner posts for customs and public procurement service were taken by high-level officials at the Finance Ministry.

Bang Moon-kyu, deputy minister for budget at the Finance Ministry, was promoted as second vice minister. He will be tasked with dealing with fiscal and budget affairs.