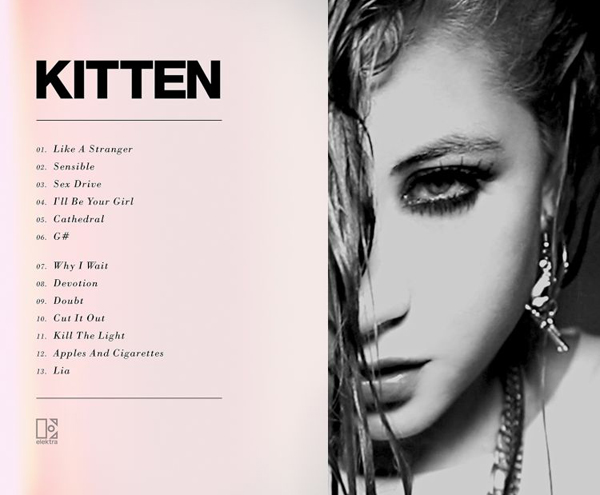 The debut album from rising band Kitten will have you purring.

The Los Angeles-based group’s self-titled release is full of synth-pop anthems, dance jams and punk-rock tracks that mesh together seamlessly.

Chloe Chaidez, 19, leads the band, and her vocals sound fresh and edgy.

The album kicks off with the dreamy and upbeat “Like a Stranger,” while the addictive tracks “Sex Drive” and “Sensible” keep the mood going. Other hit tracks include the title track “G#” and “I’ll Be Your Girl.”

Chaidez even impresses on the slow and simplistic tune “Apples and Cigarettes,” which nicely closes the 12-track set.

“Kitten” is one of the year’s brightest debuts, and Chaidez’s charisma on the album translates onstage during the band’s live show. The group has opened on the road for No Doubt and Paramore, and Chaidez has an energy that captivates and stands out, much like Gwen Stefani and Hayley Williams.