A letter from a Toyama reader

A letter from a Toyama reader 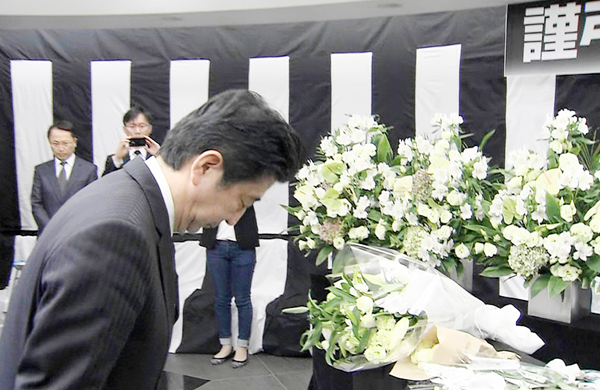 Last winter, I overheard a mother at the next table whispering to her daughter at a restaurant in a shopping mall in Toyosu, Tokyo. “I told you not to put your coat on here. You must have forgotten.”

In order not to knock anything over on the nearby tables, she told her daughter to put on her jacket outside the restaurant.

Last fall, my wife received a call from the water supply company asking whether we had guests visiting or if the pipe was leaking. My relatives were staying with us, and our water consumption had increased, so the company called to check on us. Japanese society is meticulous in their service. When a customer gives the wrong change, the cashier apologizes. Subway riders keep their phones on silent.

I recalled my experiences from the last three years as a Tokyo correspondent after receiving a letter from a Japanese reader two months ago. The reader described herself as an “average homemaker from Toyama” who has visited Korea more than 40 times. She wrote that she read the JoongAng Ilbo’s Japanese edition and had responded to one of my columns in which I criticized a Japanese network that invited an anti-Korean writer to a discussion, and the far-right panelist who said, “Korea is a country where bribes are lubricant.”

But the reader criticized my column, saying that “the politicians who only care about elections and foolish media encourage cheap patriotism,” and called on me to “write a column that can convince the Japanese as well.” I felt wrongfully accused as a writer who sells “cheap patriotism,” but the letter from a self-proclaimed pro-Korean reader made me look back on my stint as a Tokyo correspondent. Was I focused on Japan’s flaws without properly recognizing its strengths and merits?

It might sound like an excuse, but Korea and Japan had their worst tensions over the past three years. President Lee Myung-bak’s visit to the Dokdo islets backfired and ignited anti-Korean sentiment in Japan. Japanese Prime Minister Shinzo Abe, who had been sidelined, made a comeback as the leader of the Liberal Democratic Party and succeeded in taking power again. And there has been no relief in Korea-Japan relations.

While Abe certainly deserves criticism, I may have been riding on the trend of “beating Japan” and neglected proposing alternatives or strategies. Readers may have felt that there is more to Japan than “Abe’s Japan” and the “anti-Korean Japan.” It is hard to completely deny the point made by the reader from Toyama. The recovery of the relationship between Korea and Japan should be somewhere beyond reckless criticism. As I complete three years in Tokyo, I am burdened with a greater challenge.