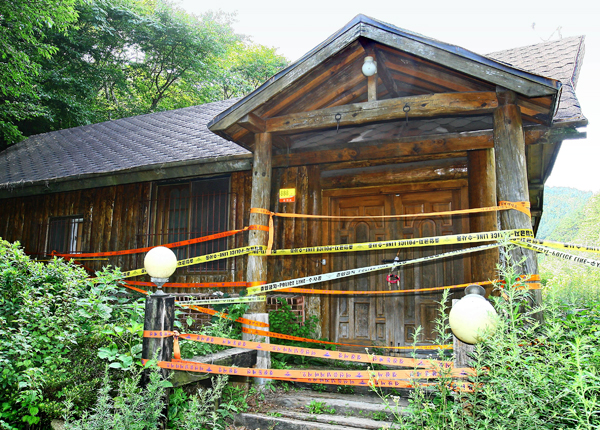 The villa in Suncheon, South Jeolla, where Yoo Byung-eun was hiding until it was searched by the prosecution on May 25. Yoo was later found dead at an orchard only 2.5 kilometers (1.5 miles) from the villa on June 12. By Oh Jong-chan

Testimonies given to prosecutors by three key aides of Yoo Byung-eun hardly shed any light on the mysterious death of the fugitive believed to be at the helm of the doomed Sewol ferry’s operating company.

After surrendering to police, Yang Hoe-jeong, who served as Yoo’s chauffeur during his final days, said he last saw the patriarch on May 24 in a private villa in Suncheon, a day before it was raided.

Still, what happen between May 24 and June 12 - the date Yoo’s body was found in a plum orchard - remains unclear.

The prosecution questioned Yang from 10 a.m. yesterday at Incheon Detention Center for the second time following his surrender on Tuesday.

Yang was formerly a carpenter at Geumsuwon, a religious compound of the Evangelical Baptist Church in Anseong, Gyeonggi, which Yoo co-founded, but had been assigned to drive Yoo from early May.

The 56-year-old man testified yesterday that he didn’t attempt to contact Yoo between those dates because he thought “the time was too late.” 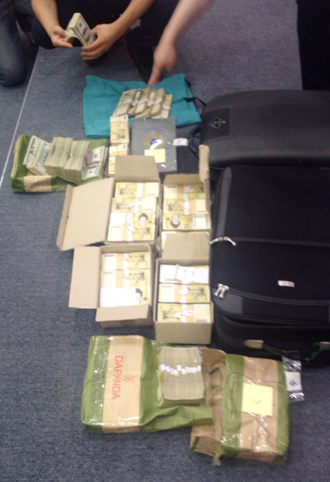 Yang aided Yoo’s escape by preparing a room in the villa while he stayed at the religious sect’s training facility near the residence.

Afterward, the driver stayed at the religious compound in Anseong, Gyeonggi, reporting to followers there that he had left Yoo behind.

But many are dubious about the testimony because it is difficult to fathom why sect followers such as Yang, who are known for their fervent loyalty to Yoo, didn’t take more care of the religious leader.

Prosecutors sifted through footage from CCTV cameras installed near Geumsuwon and the Suncheon villa. The recordings captured a Hyundai Motor Starex van leaving the religious facility on May 29. The car was spotted again near the villa on the same day.

The authorities questioned six of the followers who were inside the van, but they said that the car had gotten lost on their way to the sect’s farming corporation in Haenam County, South Jeolla.

“They said that they went to the farmland to get some plums,” said a prosecutor who requested anonymity.

“But considering the timeline, we wonder if there were other motives. Still, we don’t plan to investigate further about the driving,” the prosecutor said.

The testimonies of the arrested aides also conflict with one another, making it difficult for prosecutors to figure out the circumstances behind the ferry owner’s death.

A 33-year-old secretary to Yoo Byung-eun told prosecutors that the patriarch had handed over some 600 million won ($585,600) to Yang and Kim Myung-hee, a 59-year-old follower.

Kim also turned herself in this week, along with Yoo Hee-ja, Yang’s wife.

Yang and Kim denied the secretary’s testimony, but the prosecutors are looking into whether Kim and Yang purchased land recently.

Investigators earlier identified Kim as a key player who directly assisted Yoo’s escape, but further questioning revealed that she was mainly responsible for providing Yoo with organic food rather than raising funds or giving him shelter.

“We are looking into whether there were some leading figures who played an integral role,” said a prosecutor at the Incheon District Prosecutors’ Office. “The aides all deny the allegations and they rarely used cell phone. So, it is hard to prove who played which role in helping Yoo escape,” the prosecutor said.