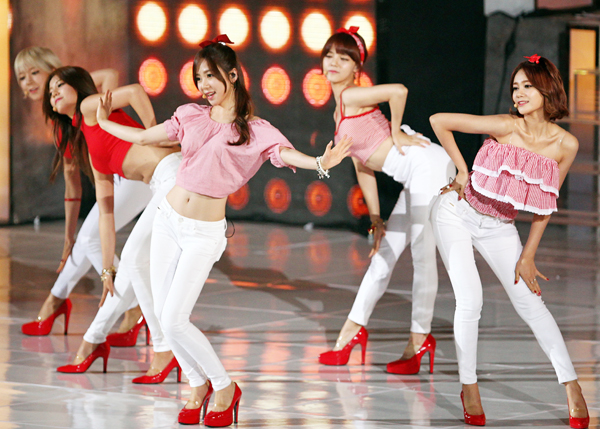 Girl group AOA is expanding its presence in Japan, according to its agency FNC Entertainment.

The group will work with Universal Music Japan to release the EP “Miniskirt” on Oct. 1.

An official from the music label, which has worked with other K-pop stars in Japan including Girls’ Generation, told local media that the contract was signed because the agency recognized the potential that the group has.

“The group is not only positioned as a dance group but also as a band, so the fact that it has two concepts was highly valued and is something different from other girl groups,” the official reportedly said.

The seven-member group, which made its debut in Korea in 2012, has a sub-unit group named “AOA Black”.

Prior to AOA’s official debut, the group will perform in “2014 A-Nation,” one of the largest music festivals in Japan, on Aug. 17.