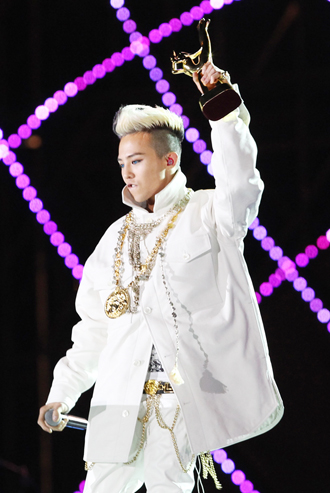 G-Dragon was in a car crash on Saturday but did not receive any injuries.

The Big Bang member was seated in the back seat of a van being driven by his manager.

He was on his way to Haeundae in Busan to perform at an event.

The accident happened near the Seonsan interchange in North Gyeongsang at around 6:30 p.m. It was raining in the area because of Typhoon Nakri.

Seven vehicles were involved in the bumper to bumper accident. The singer was in the sixth.

Since G-Dragon was not injured, he got into another vehicle and continued traveling to Busan for the performance.