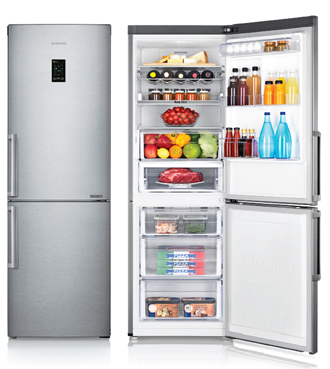 The No. 1 spot, which was given by Stiftung Warentest, a German organization that assesses and compares the quality of goods, puts Samsung’s coolers on top in consumer evaluations in eight European countries.

The fridge has a multi-temperature control feature, which optimizes temperatures for both red and white wine. Its wood-trim shelf helps control vibrations and maintains high humidity while the UV protection door guards from UV radiation, which is the main cause of spoiling wine.

Samsung is leading the European fridge market at 13.3 percent, followed by Bosch, which has an 8 percent market share on the continent.

The Korean conglomerate first reached the No. 1 spot in the European freezer market in 2010 with a market share of 8.1 percent and has increased its share ever since, to 8.4 percent in 2011 and 12.1 percent last year.

“We will further strengthen our market leadership with premium products that can win the hearts of European consumers.”