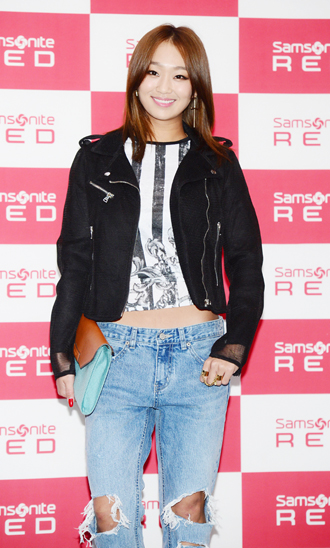 Hyo-rin, of girl group Sistar, and professional boxer Lee Si-young, who is also an actress, will deliver the torch of the 17th Incheon Asian Games, which is set to start Sept. 19, according to an exclusive report by Ilgan Sports, an affiliate of the Korea JoongAng Daily.

The two are the only celebrities who will carry the torch, according to Ji Gyu-han, the producer who orchestrated its delivery for the international event.

Lee will be the first to receive the torch on the 13th. She will hand it over to a high-level sports industry official affiliated with Incheon. That official will then hand the torch over to Hyo-rin.

“Lee is the honorary ambassador for the committee that has been planning the event,” the report said, quoting an affiliated official.

Hyo-rin was chosen because she graduated from a middle school and a high school in Incheon.

“She is a Hallyu star born in Incheon, and she can be the perfect fit to promote the event not only in Asia but also all across Asia,” the official said.