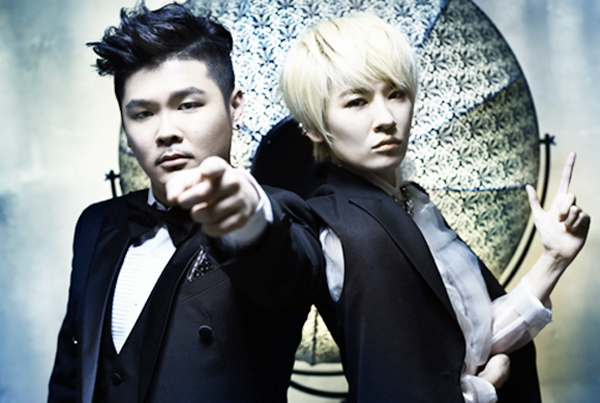 Two former contestants of the survival audition program “K-Pop Star 3” are gearing up for their official debut as singers.

Almaeng, a duo made up of Choi Rin and Lee Hae-yong, has signed an exclusive management deal with YNB Entertainment.

“We saw some potential in the group through the audition program and felt there was a possibility [that they could become stars], so we signed a contract,” the agency said yesterday. “We will help the group show the best of what it can do.”

YNB said that the two plan to release their official debut album later this year but did not mention a specific date.

Almaeng was one of six groups left in the contest. The duo stood out by covering original songs and giving them a hip-hop spin.

During the audition program, many of the judges, including chief producer of YG Entertainment Yang Hyun-suk and head producer of JYP Entertainment Park Jin-young, complimented the two for working well together.