Still sitting at the tip of the iceberg

Still sitting at the tip of the iceberg 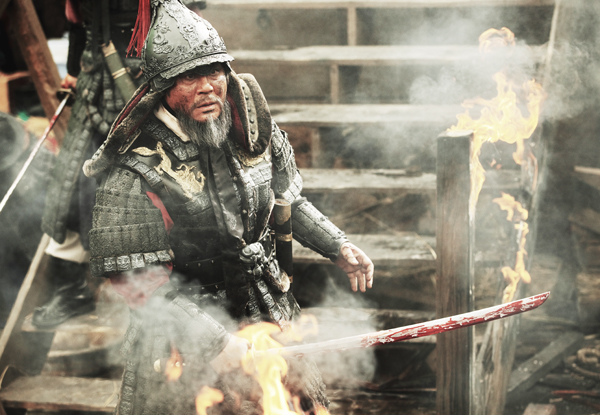 August is a painful month. It is full of stress despite the summer vacation period and Independence Day celebrations. And it’s all because of Japan. This year, Japan didn’t fail to provoke. The Yasukuni Shrine stated on Aug. 11, “Once-enshrined deities can’t be removed.” Fourteen Class-A war criminals, including Hideki Tojo, are enshrined at Yasukuni. The war criminals were not enshrined immediately after their executions but in 1978, after the Japanese government made legislative revisions. The war criminals were honored intentionally, but the Yasukuni Shrine now claims to adhere to those principles.

Moreover, the Asahi Shimbun retracted its articles on comfort women on Aug. 5, and as if the Shinzo Abe government was waiting for it, Tokyo denied the forcible nature of wartime sexual slavery. Japan is trying to cover the sun with its hands. For decades, it has been making unreasonable claims over Dokdo.

Japan was arrogant and rude 400 years ago. According to the Annals of King Seonjo, the Tongsinsa delegation to Japan obtained a secret letter before the 1597 invasion. In the letter, Toyotomi Hideyoshi wanted to “borrow the path to reach Ming China, but Joseon is not permitting the passage, so Joseon is very rude. Japan is to start a war and reach a conclusion.” Storming into the house uninvited and threatening to start a war is villainous.

Koreans rage over Japan’s rudeness but soon feel frustrated. What makes Koreans so frustrated is the incompetency of the Korean government. When Japan acts so disrespectful, why can’t the government counter that? We don’t want to have a real war. Regrettably, we already know that the government has reasons not to treat Japan harshly. It is all because Korea is not powerful enough. Japan does not take Korea seriously because we are not strong. In an age without a war, power is rooted in the economy. Defense and diplomatic strength come from economic capacity in the end.

Korea has caught up with Japan in the shipbuilding and semiconductor industries. Sony, which once swept up the global market, has been overwhelmed by Samsung Electronics. But it is still the tip of the iceberg. After two “lost decades” of economic malaise and being outpaced in the shipbuilding and semiconductor industries, the Japanese economy remains generally solid.

The success of the film “The Admiral: Roaring Currents” derives from the leadership of Yi Sun-sin. Koreans hurt by a reckless Japan are comforted by Yi’s victories and his example of strong leadership. He drove off 133 Japanese ships with 12 ships. But do we have 12 warships to defend Korea? What do we have now to respond to Japan’s moves?

*The author is a deputy business editor of the JoongAng Ilbo.