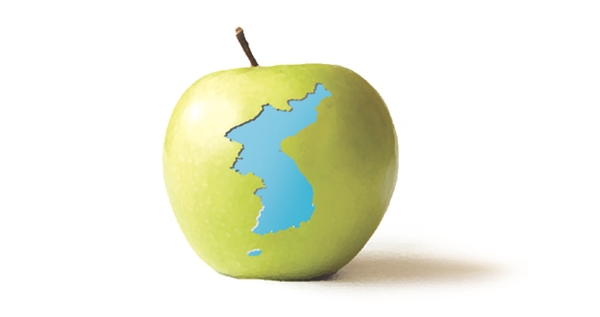 The majority of Korean citizens think that finding financing is the core task of preparing for reunification. However, money is not the biggest obstacle in the reunification process. If we are short of funds, we can borrow from other countries or issue treasury bonds to share the cost with future generations. Since the gains from reunification will exceed the costs in the long run, paying back the debt should not be a problem.

However, there is something more crucial that cannot be borrowed from anyone. It is sympathy. We need to be empathetic, considerate and respectful of people as the most valuable of beings. When I asked a Japanese expert on Germany what he considered to be the most significant element of German unification, the economics professor said it was the church.

East Germany was a socialist state, but still there were churches that provided room for citizens to congregate and interact, making nonviolent resistance against the East German authorities possible. Also, the Christian spirit among West Germans made it easy for the government to financially help East Germans.

I thought about when I was studying in the United Kingdom. I remember riding a bicycle on a major road in Oxford after grocery shopping, and a bag of fruit got caught in the wheel. I fell to the pavement, and the fruit scattered all over the road, which was filled with rush-hour traffic. When I got off, I witnessed an amazing scene. All the cars had stopped and none were honking. Pedestrians went into the road and picked up the fruit. One approached me, asked if I was okay and offered to help. It was a moment that vividly showed the empathy of the British people and the dignity of the nation.

Unfortunately, Koreans have very poor empathy. According to a global value survey in 2010, only 40 percent of Korean respondents included tolerance and respect for others on a list of important values to teach children. It was the lowest among 52 countries surveyed, far below Sweden (87 percent), the United States (72 percent) and Japan (65 percent) and even Egypt, Ukraine and China. Also, Koreans ranked second to last when asked whether they agreed with the following statement: “It is important to work for the good of the community.”

Meanwhile, in an index of materialistic culture, no country with a relatively high per capita income showed a more materialistic tendency than Korea.

A study of defectors by my research team showed that North Koreans have some of the most collectivist values in the world. One experiment involved giving them money and having them play a game of voluntarily sharing the money. On average, the North Korean defectors gave half of their money to an anonymous person with no strings attached. In capitalist countries, the general trend is to share about 20 percent of the money.

If the materialistic South Koreans and collectivist North Koreans were to live together, it would lead to tremendous friction. We cannot expect social integration after reunification unless we teach and embrace the intrinsic value of all people in our families, schools and society. The Sewol ferry tragedy and the death of Private Yun are just the most recent examples of Koreans’ lack of respect toward humanity. If we fail to nurture empathy and learn to live a life of fairness and consideration, unification will not come. Even if it does, it would be accompanied by great pains. A smooth reunification cannot be attained through policy and money, but by the dignity of society.

We should be able to approach North Korean residents with empathy. The unification perspective should not be restricted to economic gains and losses. We have to look at reunification as a means to understand the suffering of North Koreans and heal their pain.

It is reasonable for young people to feel reserved about reunification due to the potential tax burden. However, they would welcome reunification if they looked at the positive challenges and opportunities to result from economic integration. Moreover, it would be a meaningful chance to make our lives more valuable if we contributed to helping North Koreans live a more humane life. Empathy must be the true foundation and drive for reunification.