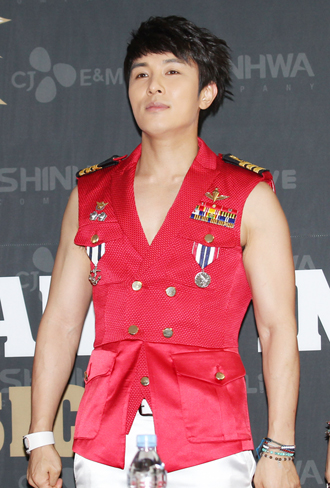 Singer and actor Kim Dong-wan has donated 30 million won to help build a memorial hall commemorating the suffering of so-called comfort women, who were sexually abused by Japanese soldiers during World War II.

The donation was made to the House of Sharing, a group that provides a home for the remaining women.

“Kim said it is very painful history, but it should be remembered,” said an official, explaining why the star made the donation.

It is not the first time for the celebrity to donate money to help these women. Back in January, he delivered the same amount through the KBS show “Love Request.”

Kim regularly gives money to people in need. Since 2003, soon after he made his debut as a member of the boy group Shinhwa, Kim has so far reportedly donated about 100 million won, including12 million won to children suffering from cancer.

The celebrity was also honored by the government for performing good deeds for the elderly back in 2011.