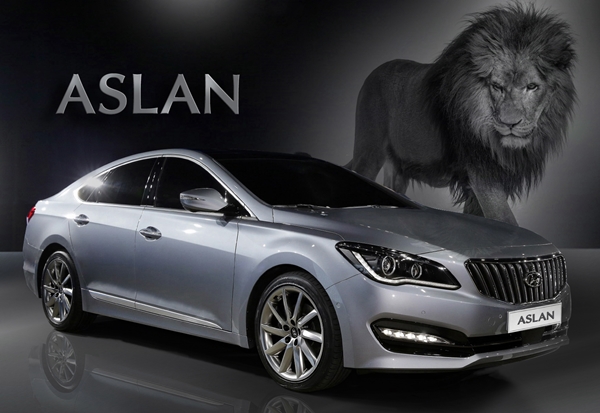 Hyundai Motor said yesterday that is has named its new premium sedan the Aslan, which means lion in Turkish. The new sedan that was referred to only by its project name AG was introduced to the public at the Busan International Motor Show in May. The vehicle that will arrive in Korean showrooms in the second half of the year with prices starting about 40 million won.

“Customers’ demands and market research were reflected at all stages of Aslan development, including the naming of the vehicle,” said a Hyundai Motor official.

The company said it hopes the new vehicle will create a new market for the automaker. Currently, the Hyundai Motor’s premium Genesis sedan sells for about 45 million won and goes up to 70 million won.