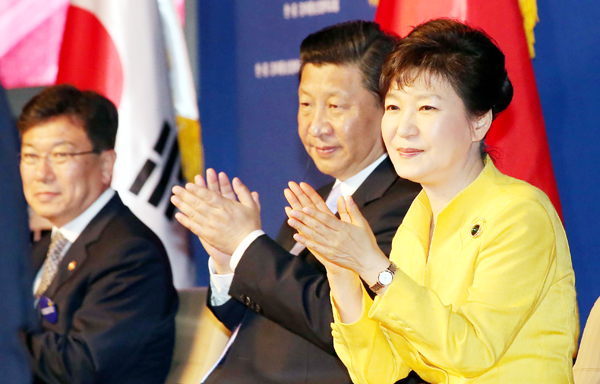 “Ping pong” and “panda” are names for some of China’s diplomatic tactics, but the latest addition is gao tie, or “high-speed train,” diplomacy.

When Chinese President Xi Jinping visited Brazil on July 17, he made a drastic proposal. He presented a plan to construct a cross-Latin American railway connecting Eastern Brazil and Western Peru. He achieved an agreement between the two nations by offering considerable financial and technological assistance from China. The Chinese media praised it as a clever tactic to avoid a U.S.-dominated Panama Canal. China’s high-speed trains will now penetrate the “front yard” of the United States.

Chinese Premier Li Keqiang is leading gao tie diplomacy. In May, he toured Africa and signed railway construction agreements with Nigeria and Kenya. Then, during a visit to the United Kingdom in June, China won the London-Birmingham high-speed train project. The predominant agenda of a visit to Thailand in October 2013 was also related to railway expansion. China aspires to link Southeast Asian countries through a railway constructed by China. Chinese trains will soon stretch across Southeast Asia, Africa, Europe and Central and South America.

China’s involvement in overseas projects is only possible when they offer funding to the country in question. In order to participate in the recently opened Ankara-Istanbul high-speed railway project in Turkey, China provided a loan of $750 million at a low interest rate. The essence of gao tie diplomacy is therefore economic power.

But there are concerns about economic dependency. Once a country allows China in, its economy becomes excessively dependent on the nation, which could also lead to political dependency. In fact, Myanmar recently suspended railway construction connecting its west coast with Kunming, China. The authorities are concerned that Chinese penetration of its economy is at a dangerous level. The East Asian nation’s plan to avoid the Strait of Malacca while reaching the Indian Ocean is about to founder.

This is a concern of ours as well. When President Xi Jinping visited the Blue House last month, he offered three economic proposals: participation in the Asian Infrastructure Investment Bank, the establishment of an offshore financial center for the Chinese yuan and a Korea-China FTA.

Korea is also in an awkward position because participating in the AIIB conflicts with the position taken by the United States, its key ally. China’s use of its gao tie diplomacy to reorganize world order with economic power is already affecting Korea’s economy and politics.

The Korean economy is highly dependent on China, with 25 percent of its exports going to China. When China coughs, Korea suffers from flu. That’s why we need to understand gao tie diplomacy and be prepared.