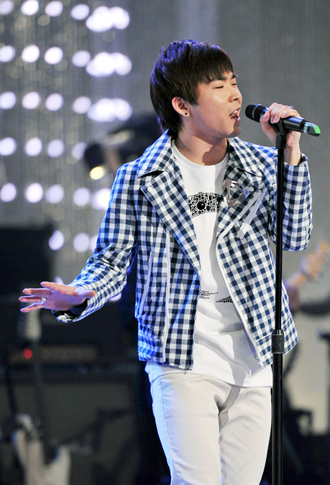 Baek Chung-gang, winner of the program “The Great Birth,” will release an EP next month, two years after he made his debut with the album “All Night.”

The singer’s agency Faith Entertainment said it has been giving him full support to complete the upcoming album, as the singer was diagnosed with rectal cancer soon after he released his first album. He has now fully recovered.

“Since he has fully recovered, he has been passionate about music,” said the agency.

“To signal his new start, he is releasing a new EP, and to thank his fans who have been waiting, he is giving a concert.”

The singer will make his comeback with a new style of music along with a new look, the agency added.

Although the exact date for the release of the album has not yet been confirmed, he will participate in the “2013 Final Concert” for professional singers who previously competed in a survival audition. Ulala Session, the winner of “Superstar K3,” and others will perform at Jamsil Sports Complex in southern Seoul on Sept. 14.