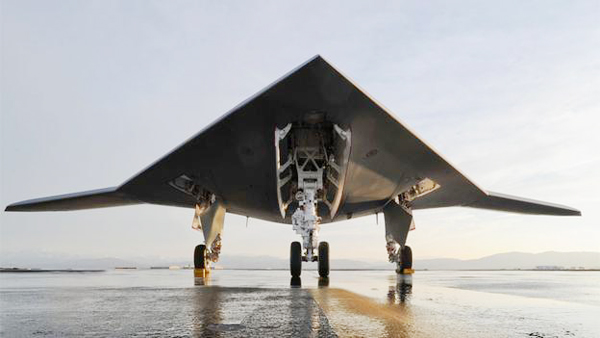 Recently, the United States has successfully mastered the takeoff and landing of the next-generation unmanned fighter X-47B on an aircraft carrier. When the same experiment was conducted last year, the entire deck had to be cleared, but this time, it landed precisely between other fighters. Landing on a shaky aircraft carrier takes more advanced techniques because of the carrier’s shorter airstrip. In this exercise, the X-47B participated in a joint operation with manned F-18 jets. The U.S. media diagnosed that the X-47B could be assigned to an actual operation next year.

The success of the X-47B opens a new era of unmanned aircraft. This supersonic aircraft is a stealth drone that can’t be detected by radar. Its firing power exceeds that of manned aircraft. Drones have been mostly used to assassinate enemy leaders, but now they are becoming the core of aerial attacks.

The development of “killer robots” is also progressing rapidly. Just like the robots in “The Terminator,” killer robots are weapons that can search and destroy targets without being controlled by humans. Last month during the Rim of the Pacific Exercise, or Rimpac, U.S. forces used robotic mules in a military operation for the first time. They were used as porters, precisely following the path of the soldiers and carrying 180 kilograms (396 pounds) of gear. The United States’ next step is to develop a robot to replace combat troops.

The real problem will come when two killing machines are combined. Communication among machines is a crucial issue in the United States. The military has invested heavily in the research, and there are already considerable achievements in academia. Harvard University has successfully conducted a test of 1,024 bots exchanging signals and working together. If the theory is applied to the military, it is not impossible to build an army of robots. Drones and killer robots could work as a team.

But the problem is that excessive competition for killer robots is possible, just as it is with unmanned drones. The United Nations has acknowledged the gravity of the issue and held an international convention in May, but failed to draft a resolution. Each country is at a different stage of robotics development, and, therefore, have different opinions. A meeting is set to be held again later this year.

How will the robotics war led by unmanned drones and killer robots change humanity? Some may argue that robots killing men is not much different from men killing men. Others say that it is a better option to punish terrorist organizations without sending in ground troops.

However, it is chilling to imagine robots mercilessly killing men. Just as we have become insensitive to drone attacks, robot wars could become a reality sooner than you think. Before then, the international community should have awareness and set up a minimum set of regulations. Last year, a controller of an unmanned drone confessed that he felt part of a robot-killing people. But we cannot expect a real robot to have that sense of morality.