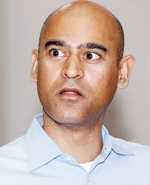 When they meet on Sunday, legislators from China’s rubber-stamp National People’s Congress are expected to disregard even the most moderate proposals to open Hong Kong’s political system. In all likelihood, the decision will provoke street protests, drive moderates into the more radical pro-democracy camp and call into question the former British colony’s standing as a global financial center and bastion of free enterprise. And for what? The good of Hong Kong, of course.

Wang Zhenmin, a Chinese law professor who sat on the committee overseeing Hong Kong’s Constitution, laid out the case most blatantly on Thursday, when he told journalists the interests of the city’s powerful tycoons had to be safeguarded from unchecked democracy. “If we just ignore their interests, Hong Kong capitalism will stop,” he said. “Democracy is a political matter and it is also an economic matter.”

At issue is how to hold the election for Hong Kong’s chief executive in 2017. The draft proposal set to be approved on Sunday would limit the number of candidates to two or three, each of whom would have to be endorsed by at least half of the 1,200-member nominating committee. While Hong Kong voters may be able to “elect” their leader, they’ll hardly enjoy a real choice.

On the face of it, Beijing’s intransigence makes little sense. Pro-democracy groups had proposed a system of open nominations with a much lower threshold - about 5 percent of the voting population. Even if some anti-Communist radical were able to get on the ballot, the chances of him or her winning would be negligible. In addition, any victor would be sworn into office with an oath that acknowledges China’s suzerainty over Hong Kong; a leader could be ousted for violating it.

Compromise proposals supported by moderates would have entailed even less risk. For example, China could have expanded the nominating committee, adding more members directly elected by the public, while lowering the nominating threshold. Thus, the choices available to voters would have expanded beyond a tight circle of pro-Beijing cronies without threatening China’s hold over Hong Kong.

However, such proposals would have weakened the influence of Hong Kong tycoons. According to Credit Suisse, a few wealthy businessmen account for 60 percent of the city’s wealth. Those who have prospered most are engaged in sectors such as banking and real estate, where political connections matter. Hong Kong recently topped the Economist’s “crony capitalism index,” just ahead of oligarch-ridden Russia. Frustration over Hong Kong’s yawning wealth gap is rising dangerously. While gross domestic product has grown about 50 percent in the past decade, median household income has risen only 10 percent.

The cost of defending the plutocrats is high. A Chinese government white paper released in June appeared to raise doubts about the continued independence of Hong Kong’s judiciary and the city’s commitment to the rule of law, which have been pillars of its success. Raids this week on high-profile opposition supporter Jimmy Lai were hardly more reassuring. While democracy activists may not be able to shut down the central business district, as they’ve threatened, even low-level protests will draw weeks of unwanted international attention. Moderate Hong Kong parliamentarians say they won’t support Beijing’s proposals; as a result, they may fall short of the two-thirds majority needed to pass the local legislature.

Perhaps leaders in Beijing feel they are defending a principle greater than the pocketbooks of Hong Kong’s elite. They have long feared that showing leniency toward Hong Kong would encourage other disgruntled parts of China, such as Tibet and Xinjiang, to demand greater autonomy. Yet by rejecting the aspirations of ordinary Hong Kongers so ruthlessly, China will only breed more suspicion among younger Taiwanese, who are increasingly wary of China’s embrace.

Sooner or later, Chinese leaders are going to have to get more comfortable with the idea of autonomy in outlying regions. In Xinjiang, which has been battered by a series of vicious terrorist attacks, the suppression of moderate voices has only enhanced the appeal of extremist groups. Hong Kong should have been an ideal test case for greater openness - a stable, ethnically Chinese enclave that is, yes, more interested in making money than in making trouble. So far Beijing is failing.

*The author, a Bloomberg editorial writer, was previously managing editor and foreign editor of Newsweek magazine.