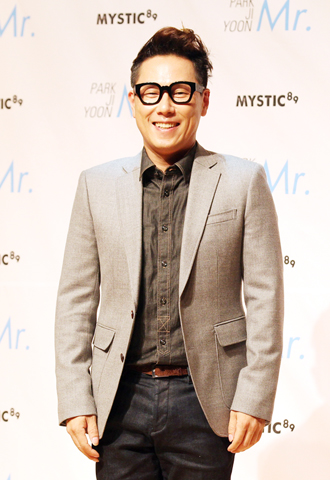 Singer-producer Yoon Jong-shin, 45, will launch his first national tour on Saturday, 24 years after debuting in 1990, according to local media reports.

The tour will kick off in Incheon and will last until early next year, with the singer making stops in Suwon, Gwacheon, Daejeon and Goyang, among others.

Yoon’s agency, Mystic89, said that the show will encompass the singer’s entire music career, including his earliest years guest performing for 015B, a Korean dance music group formed in 1989.

The line of concerts will run simultaneously with Yoon’s gig as a main judge on the sixth season of “Superstar K,” a survival audition program on cable channel Mnet.

The first episode of the weekly program aired on Aug. 22.